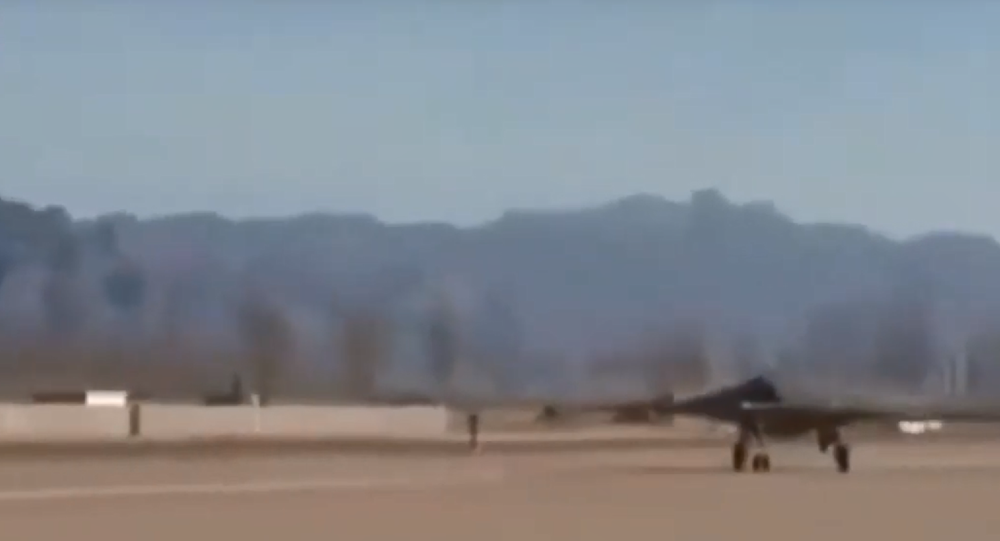 Chinese scientists said they will continue to research stealth and camouflage materials that can hide from a broad spectrum of electromagnetic waves, after they successfully fabricated a material that can hide a hot object from heat-sensing infrared cameras.

The new material is a kind of aerogel film which has good thermal insulation properties. It is enhanced by coating its fibers with polyethylene glycol (PEG) and a protective waterproof layer. The research was published in American Chemical Society, a scientific journal, in January.

© REUTERS / Hamad I Mohammed
Iran to Equip Its Speed Boats With Missiles and Stealth Technology - Report
Compared with existing materials, the new material is lighter, more robust and flexible, Zhang Xuetong, leader of the research team from the Suzhou Institute of Nano-Tech and Nano-Bionics under the Chinese Academy of Sciences, told the Global Times on Tuesday. The new material can be widely applied in the military and technology fields. For example, it can serve as a heat insulator for electronic components and battery separators, applications as well as for research, Zhang said.

A Beijing-based military analyst who asked for anonymity told the Global Times on Tuesday that the material can be used to paint military vehicles or be used in military clothing.

According to Zhang, to hide a hot object from heat-sensing infrared cameras was a great challenge in the past decades as everything in nature radiates infrared light.

© AP Photo / Color China Photo
China Confirms Use of Mature Stealth Testing Technology
The ability of an object to radiate infrared light is directly related to its surface temperature. Therefore, the team planned to invent an infrared stealth material that could adapt to changing temperatures without the need for additional energy.

PEG stores heat and softens when it is heated, and releases heat and hardens when it solidifies. With PEG, the new material can absorb heat from the sun and prevent the target's temperature from rising, so it can hide from infrared cameras in the day, Zhang said.

At night, the material slowly releases heat, which will make the target's temperature rise to match the surrounding environment, Zhang added.