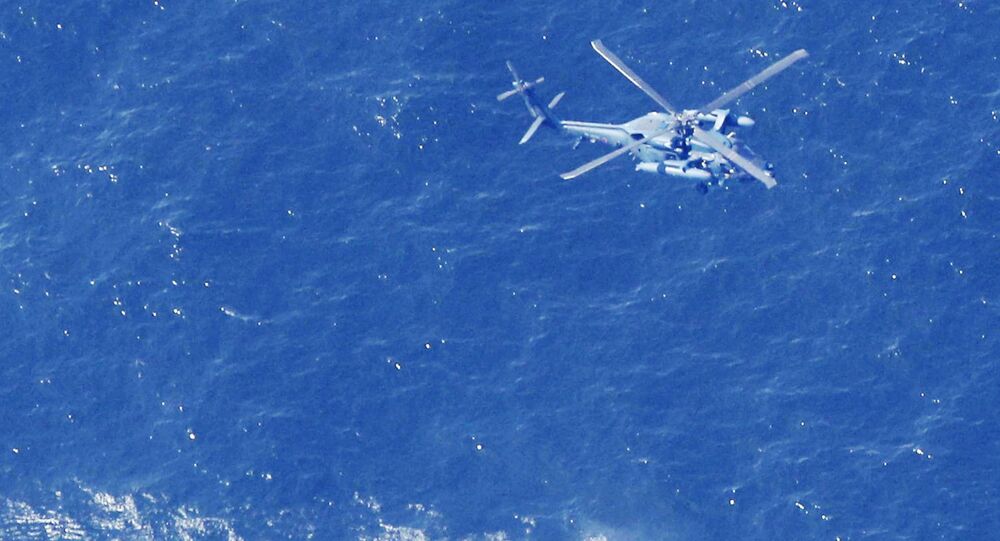 Japan's Air Self-Defence Force confirmed early Wednesday that they had found what appear to be debris from the Lockheed Martin F-35A fighter jet that went missing on Tuesday during a routine training flight.

Leading US and international defence analysts are sweating bullets pondering the consequences of US strategic adversaries Russia and China getting their hands on components from the lost Japanese F-35 fighter.

Tyler Rogoway, a military aviation expert at The War Zone, speculated that the F-35 search may prove to be "one of the biggest underwater espionage and counter-espionage ops since the Cold War," given that the crash was the first opportunity for America's opponents to get their hands on a piece of the product of the US' $1.5 trillion warplane programme.

Tom Moore, military commentator and former staff member at the US Senate Foreign Relations Committee, echoed Rogoway's sentiment, warning that "there is no price too high in this world for China and Russia to pay to get Japan's missing F-35, if they can."

© AP Photo / Gemunu Amarasinghe
Japanese Military Found F-35 Debris, Pilot Still Missing - Reports
Speaking to Fox News, former Italian Air Force pilot David Cenciotti offered a more muted assessment, saying that the scope of the threat depends "on what is recovered, when it is recovered and, above all, in which conditions, after impacting the surface of the water."

The expert noted that while Russia and China might have a hard time trying to reverse engineer the plane, "there are still lots of interesting parts that could be studied to get some interesting details: a particular onboard sensor or something that can't be seen from the outside but could be gathered by putting your hands on chunks of the aircraft intakes or exhaust section, on the radar reflectors, etc."

© REUTERS / Mandatory credit Kyodo
A Japan Coast Guard vessel and a U.S. military aircraft conduct rescue and search operations at the site where an Air Self-Defense Force's F-35A stealth fighter jet crashed during an exercise on April 9, 2019, off Aomori prefecture, Japan, in this photo taken by Kyodo April 10, 2019

"The usefulness for Russia or China of recovering some or all of the wreckage would depend on how much damage the aircraft sustained upon hitting the water. The general shape of the jet is well-known, as are its performance characteristics, so not much to gain there, but parts of radar and other sensors would be prime targets for recovery and testing, [and] even attempts at reverse engineering," Bronk said, speaking to Business Insider.

Others were more sceptical. Patrick W. Watson, a geopolitics and economic analyst at Mauldin Economics, tweeted that it was "only a matter of time" before an F-35 fell into Chinese or Russian hands. "Maybe would have been better not to bet so much on one system. Though, not nearly so profitable," he bitterly wrote.

© CC0
Japan Grounds Fleet of F-35As After Fighter Jet Disappears in Mid-Air - Reports
Ankit Panda, a defence analyst and senior editor at The Diplomat, tweeted that while "the 'China and Russia will find the missing Japanese F-35 first' angle is a good techno-thriller plot point," the reality was that Japanese and US Navy anti-submarine warfare assets in the Sea of Japan were "much better positioned to locate the fighter first."

but not really. This requires specialized assets that can take time to deploy and it’s not in Japan’s territorial waters. It depends on many factors, and just grabbing a piece of it would be highly beneficial. Are we going to sink a Russian sub for being where they should be?

The US and Japan have many advantages at face value. But others have a lot of capability nearby too. I can assure you this is a huge concern at this time.

Other users joined in to add their two cents, with some commentators more serious than others.

Yeah, I'm sure the Chinese are desperate to steal our ridiculous boondoggle of a stealth fighter that can barely fly and is breaking down constantly.

Hmmm… single engine for maritime air ops? Bit late for a rethink on that..

A cynic would argue that China already has the data they need on the F-35 via espionage.