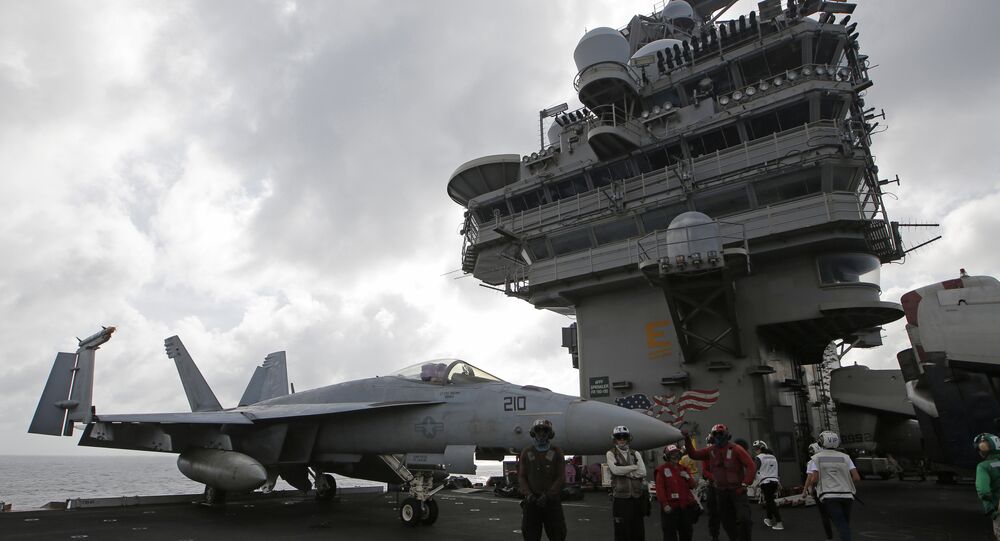 In an act of diplomatic shade, the administration of US President Donald Trump will not send senior members of the America’s military or any of its warships to April events commemorating the upcoming 70th anniversary of the creation of China’s People’s Liberation Army Navy (PLAN).

Many other countries, including long-term US allies South Korea and Japan, however, are scheduled to honor the occasion by sending high-ranking officials and vessels, according to the Japan Times.

In a Friday statement from Pentagon spokesman Lt. Col. Dave Eastburn, the defense attache office in the US Embassy in Beijing will instead detail an as-yet-unnamed official to attend the anniversary's combined symposium and fleet review in China's port city of Qingdao April 22-25.

"The US government seeks a bilateral relationship that is results-oriented and focused on risk reduction," the Pentagon spokesman implied, adding that "the US Navy will continue to pursue its primary goal of constructive, risk-reduction focused, discourse with the PLAN," cited by Japantimes.co.jp.

The Pentagon additionally detailed that any US dialogue with PLAN would only occur "through established military-to-military dialogues, such as the Military Maritime Consultative Agreement working groups and Rules of Behavior discussions."

China's Defense Ministry last week claimed that over 60 nations would see naval delegations attending a large April 23 parade, an event that will boast a fleet review and inspection with navy ships from several nations including the Philippines, South Korea and Japan.

Unconfirmed media reports have suggested that Russia and France would each send aircraft carriers as well as high-ranking military officials to commemorate the occasion, according to The Japan Times.

In keeping with an ongoing consolidation of power in China, President Xi Jinping — who personally oversaw last year's parade — has hinted that this year's show will the largest gathering of the nation's maritime military might since 1949, cited by Japantimes.co.jp.

Military observers suggest that PLAN will attempt to present a sunnier face to the world than that of the aggressor depicted in western media following Beijing's recent activities in the South and East China seas, according to reports.

The US decision to skip the key PLAN anniversary "is definitely a sign of tougher policies toward China" by the Trump White House, according to Hong Kong-based Lingnan University Center for Asian Pacific Studies director Zhang Baohui.

"In the past, it was the US that tried to establish steady military-to-military relations between the two countries," Zhang remarked. The earlier diplomacy "represented US efforts to engage China and broaden mutual trust," cited by Japantimes.co.jp.

"Now, the Trump administration has targeted China as a strategic competitor and the policy is competition rather than engagement," he noted.

"In that context, trust-building falls by the wayside."