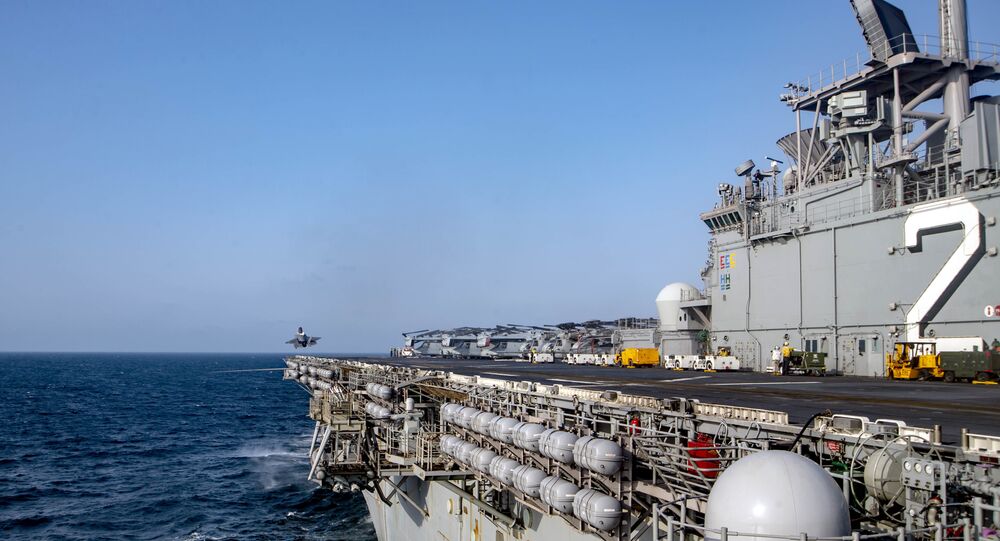 The US military has been eyeing the possibility of transforming their amphibious ships into light carriers amid the Pentagon's plans to reduce the number of their "bigger brothers".

A US amphibious assault ship, the USS Wasp, carrying 10 F-35 fighter jets on board has sailed through disputed waters of the South China Sea amid ongoing tensions with China, the National Interest reported. The ship was heading toward Subic Bay in the Philippines.

The ship was carrying twice the usual amount of fighters on board, allegedly testing the American military's theory that Wasp-class ships can serve as small aircraft carriers amid plans to reduce the number of large carriers in the US fleet.

Beijing has not yet commented on the ship's passage, although it regularly does so when US Navy vessels sail through the disputed waters of the South China Sea. Washington claims that it is conducting freedom of navigation operations, but Beijing slams them as "provocations" and demands that the US remove its ships from the waters.

The dispute over the US military presence in the region, contested by several countries but largely controlled by the Chinese military, has been a source of tension between Washington and Beijing, along with the ongoing trade dispute.