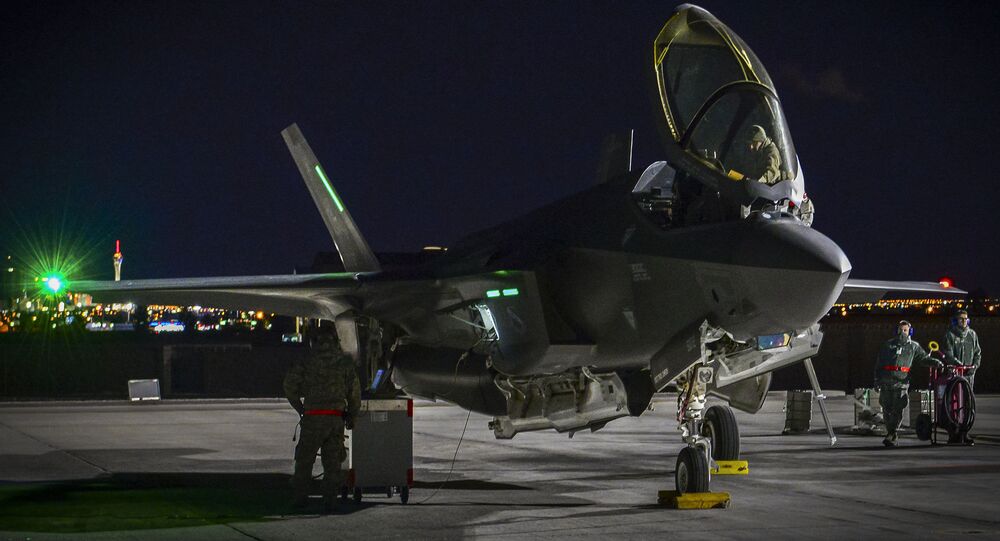 "Training will continue," Summers said during a press briefing.

The statement comes several days after the Pentagon announced that the United States suspended its deliveries and activities with Turkey on F-35 operational capabilities over Ankara's decision to procure the S-400 defence systems from Russia.

READ MORE: Turkey to Benefit if it Buys Russian Jets Instead of F-35 — Political Strategist

Responding to the US move, Turkish Foreign Minister Mevlut Cavusoglu said on sidelines of the NATO summit in Washington DC that he would tell US Security Adviser John Bolton and US Secretary of State Mike Pompeo that its purchase of the air defence system that the purchase of Russian S-400 systems is "definitely a done deal."

© REUTERS / Axel Schmidt
Turkish Pilots Continue F-35 Training Despite US Halting Jets' Deliveries – Report
In December 2017, Russia and Turkey signed a loan deal for the supply of S-400 air defence systems to Ankara. In early March, Turkish President Recep Tayyip Erdogan reaffirmed that the deal was completed and said a new deal on purchases of advanced Russian-made S-500 systems may be possibly concluded in the future.

The S-400 is Russia's next-generation mobile surface-to-air missile system and can carry three different types of missiles capable of destroying aerial targets at a short-to-extremely-long range. The weapon is created to track and destroy various types of aerial targets varying from reconnaissance aircraft to ballistic missiles.