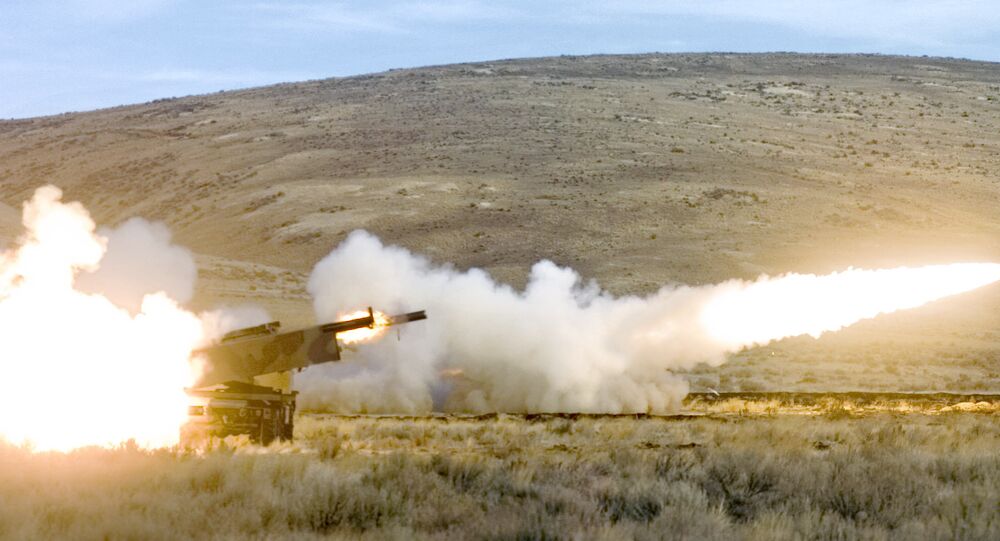 Officials from the US and the Philippines are reportedly in talks to discuss the possible deployment of the American high-mobility artillery rocket system (HIMARS) in a bid to counter China's continued militarization of artificial islands in the South China Sea.

Regional security experts recently informed the South China Morning Post that while talks are ongoing, both countries have failed to obtain a deal on account of costs running a little too high for government officials in Manila.

In the event that an agreement between the two powers is signed, one expert told the publication that the Lockheed Martin rocket system would be able to easily target China's artificial islands in the Spratly chain thanks to its ability to zero in on objects up to 190 miles away.

"For US Army Pacific, the M142 HIMARS is a capability within our organization, specifically the 17th Field Artillery Brigade that we train and use to maintain our overall war-fighting readiness," Derrick Cheng, spokesperson for the US Army Pacific, which operates the rocket system in the region, told the Post.

"The brigade and its role as a multi-domain task force is part of our effort to integrate capabilities and evolve the concept of multi-domain operations."

Cheng did not comment on reports that the US and the Philippines were in talks to deploy the HIMARS.

In late March 2019, during a media roundtable discussion regarding rotational, short-term troop deployments in the Pacific, Gen. James McConville, the vice chief of staff of the US Army, indicated that the US wasn't necessarily "at the point of placing long-range precision" weaponry in the region, but that it's likely up for discussion with partner nations.

The Center for New American Security released a report on March 20, urging the US to deploy the HIMARS across countries in the region in order to "demonstrate the flexibility and variability of America's rotational military presence."

Patrick Cronin, one of the lead authors of the CNAS report, stressed to the Post that the HIMARS "would be better against a fixed target, such as an artificial island."

The South China Sea has long been a thorn in the side of US-China relations, with Washington repeatedly criticizing Beijing for moving weapons onto artificial islands of the Spratly archipelago for what it calls national defense purposes.

Two months prior to his December 2018 departure from the Trump administration, Defense Secretary James Mattis told reporters that the US would continue to "fly, sail and operate wherever international law allows and our national interests demand." At the time, he also stressed that the US "cannot accept [China's] militarization of the South China Sea or any coercion in this region."

Despite threats from China that it is willing to use military force to protect its claims, the US military stuck to the protocol, disregarding China's warnings and continuing to pass through the contested waters as part of freedom of navigation operations. Most recently, the US flew two B-52 bombers over the East China Sea for an "integration training" operation with the US Air Force, US Navy and the Japan Air Self-Defense Forces.