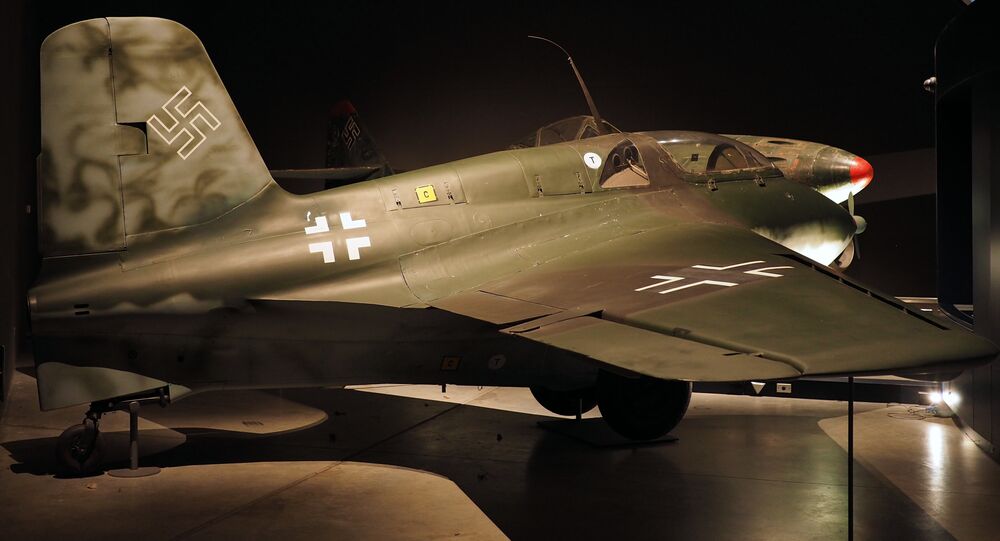 As the Second World War began to draw to a close, the Nazi German propaganda machine began speaking of incredible, highly advanced new weapons systems which it said could be used to turn the tide and win the war.

An x-ray analysis of the Messerschmitt Me163 Komet rocket-powered interceptor aircraft has shown that the nimble, high-speed aircraft was simply too dangerous to operate, The Times has reported.

The study, conducted by the Munich-based Deutsches Museum of science and technology, was conducted ahead of a planned new exhibition on the Me163 aimed at putting to bed what curators said was the "myth" of the plane's technical and engineering superiority.

With its incredible speed of up to 700 miles per hour (over 1,125 km per hour), the rocket-powered aircraft broke speed records and sought to strike fear into the hearts of Allied bomber pilots, with the plane designed to rapidly engage and destroy enemy planes and zip around for another attack run before the bombers' air defences or escorts could respond.

© CC BY 3.0 / Michael.katzmann
Why Did US Defence Giant Northrop Grumman Test a 75 Year-Old Nazi Proto-Stealth Bomber?
However, according to Andreas Hempfer, curator of aviation at the Deutsches Museum, the plane was actually so dangerous that its pilots were just as likely to be killed by the plane as by enemy fighters.

"There were no hypermodern German 'wonder-weapons' that could ever have changed the course of the war," Hempfer said, speaking to The Times, adding that such claims were "disseminated from the 1950s by the German aerospace industry, which had obviously lost its connection to the great powers after 1945, in an attempt to justify its comeback."

Pointing to the fact that the Luftwaffe's fleet of 300+ Me163s had destroyed between just nine and 16 enemy bombers, Hempfer stressed that the plane "was extremely dangerous for its own pilots and turned out to be a technical dead end."

© Sputnik / Fedor
'Free Hunters': How Soviet Ace Pilots Fought During WWII (PHOTOS)
For proof, Deutsches Museum x-rayed the plane, with its design said to have many previously unaccounted for design flaws. Known problems include the tendency for the planes to run out of fuel in mere minutes, leaving the planes sitting ducks for enemy fighter escorts. Some 14 Me163s were lost during the war, with many pilots also said to have been killed in development and testing.

A new aviation exhibit set to feature new insights into the history of the Me163 is expected to open at the Deutsches Museum next year.