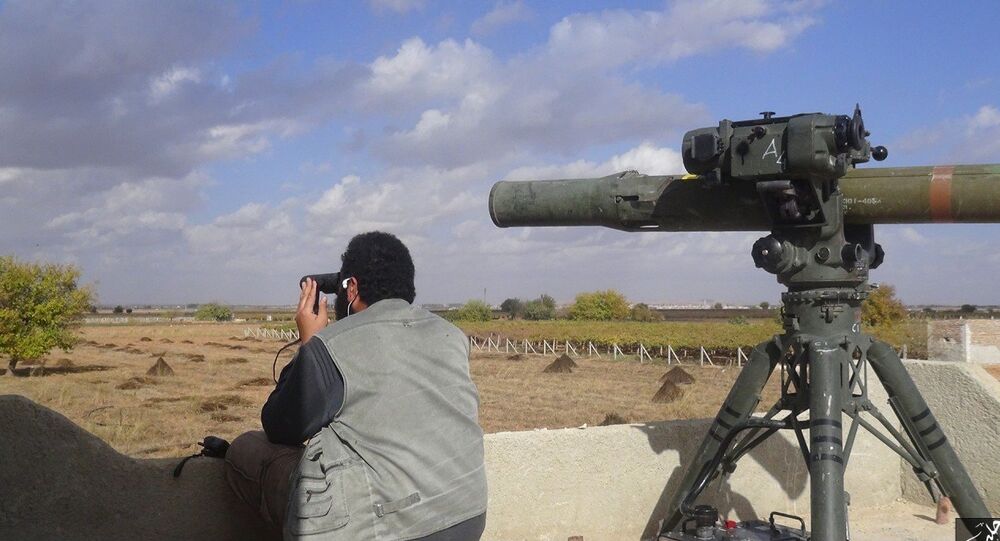 Terrorists are abandoning their weapon caches as they retreat from advancing Syrian armed forces. Another caches was recently discovered by sweeping teams.

While the exact location of the discovery hasn't been disclosed, As-Suwaida province, where Syrian forces recently eliminated one of the few remaining Daesh strongholds, is a likely candidate.

From #Syria to the #American taxpayer: If you want to know where your dollars go, look at these TOW rockets and other weapons found by the #Syrian Army in the dens of the defeated terrorists south of #Syria.#FromSyria🇸🇾 pic.twitter.com/I1wtftseRE

​TOW (tube-launched, optically-tracked, wire-guided) missiles are the main US anti-tank weaponry. The system consists of either a tripod or vehicle-mounted tube, which launches a wire-missile to a distance of more than 3 kilometers.