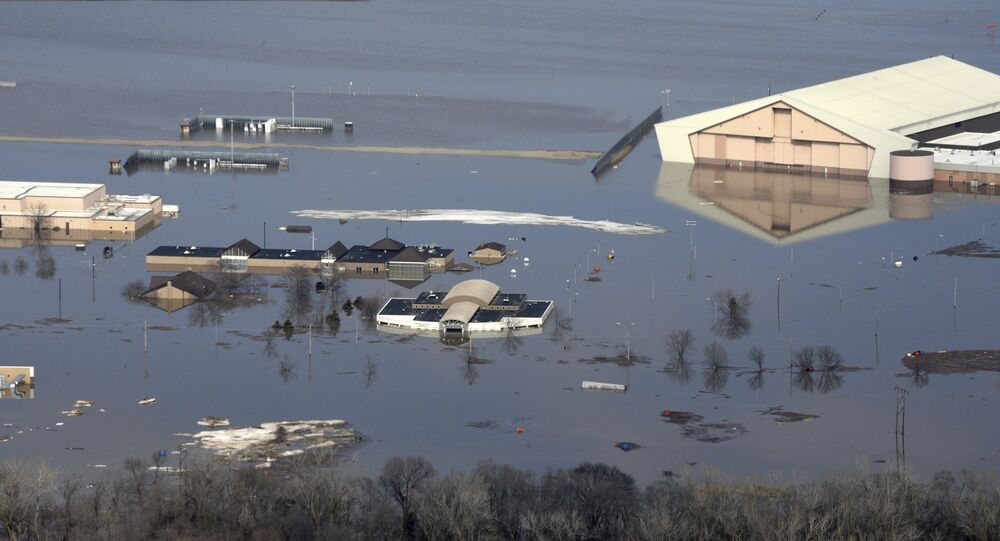 US Air Force May Ground Bombers, Cut Flight Time Without $5B Needed to Fix Bases

The US Air Force is requesting nearly $5 billion in additional funding from Congress to make much-needed repairs to its damaged bases in Florida and Nebraska. If it fails to obtain the money, it'll be forced to make drastic changes that could have a severe effect on the service's readiness.

In Nebraska, Air Force officials have been working hard to repair Offutt Air Force Base after one-third of the facilities came under severe flooding from the Missouri River that resulted from a combination of weather factors that included a wet winter, the "bomb cyclone" that brought blizzard conditions to the region and, of course, a rapid spring thaw.

​Earlier this month, floodwaters at the base reached up to 7 feet deep, forcing officials to relocate much of the base's offices. Offutt AFB is the headquarters of the US Strategic Command. At the time, Col. David Norton, who manages facilities at the base, told the AP that "the speed at which [the water] came in was shocking."

​And then there's Florida's Tyndall Air Force Base, which was hit hard last October when Hurricane Michael brought its 155 mph winds to the region, destroying roughly 95 percent of the base's housing and various other facilities.

It hasn't helped that in January 2019, Tyndall suffered some additional setbacks when "an apparent tornado damaged buildings on the base," local media station NBC 7 reported. Vehicles were also damaged.

​Now, in order to get both US bases back up and running, Air Force officials are calling on Congress to shell out an additional $4.9 billion over the next two and half years for repairs. For fiscal year 2019, the Air Force is requesting $1.2 billion in supplemental funding, and for fiscal years 2020 and 2021, it's asking for $3.7 billion.

"This storm, if we don't get a supplemental, is going to affect the rest of the Air Force and our ability to operate," Heather Wilson, secretary of the US Air Force, said Wednesday at the Heritage Foundation.

"We desperately need the supplemental funding to recover from the natural disasters that hammered Tyndall and Offett."

Wilson noted that the cost to repair the hurricane-damaged Tyndall AFB was roughly $750 million and that funding for recovery efforts at the base has largely been pulled from other Air Force accounts "just to try to cope and get through." The Air Force official did not offer an estimate on Offutt's damages.

According to the Air Force Times, funds for Tyndall have mainly come out of the service's Facilities Sustainment, Restoration and Modernization account.

A US Air Force release indicates that if the funding doesn't materialize by early May or June, drastic measures will have to be taken, including further deferring 61 already delayed projects at various US military bases. Those projects include repair work to base foundations, runways, barracks, missile field fuel systems and multiple heating, ventilation and air conditioning systems.

Other cost-saving measures that will go into effect in the coming months include holding off on aircraft repairs, grounding bombers and cutting 18,000 flight training hours as early as September. The lack of funding would also mean that all work to repair Tyndall and Offutt would end on May 1 and July 1, respectively.

"These are just the first decisions we had to make," Wilson said in a Wednesday tweet. "We will be forced to cut more critical facility and readiness requirements if we don't receive it by May/June."

The request for funding comes as Senate Appropriations Committee Chairman Sen. Richard Shelby (R-AL) released details this week regarding a $13.45 billion aid package that includes $1.1 billion in supplemental funding for the US Air Force to cover damages caused by Hurricanes Florence and Michael and to begin repairs on Tyndall AFB. However, the bill does not appear to address damages at Offutt AFB.