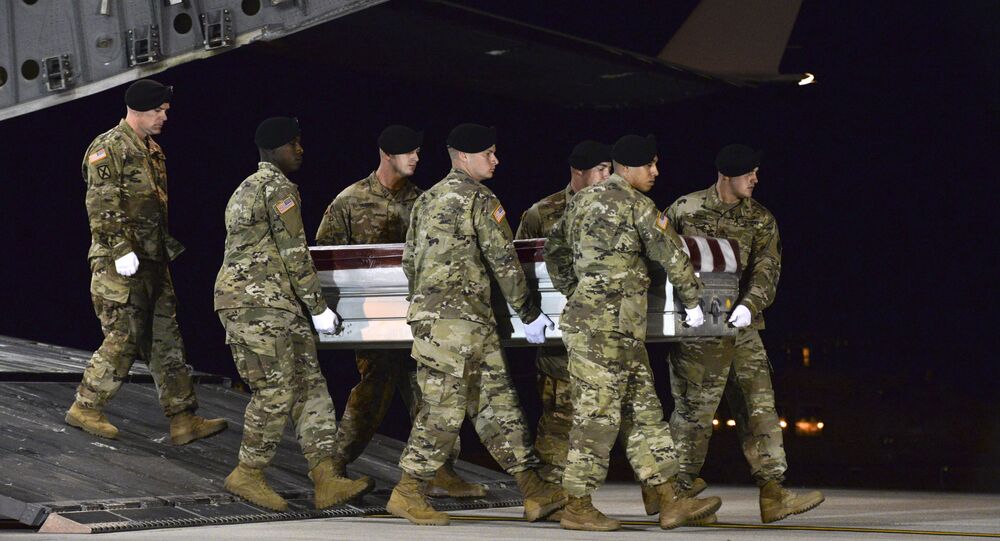 The Pentagon is pursuing a new investigation into the 2017 ambush in Niger in which four US soldiers were killed, including why senior officers escaped the punishments meted out to subalterns for the debacle. Meanwhile, Washington is pursuing a new “surrogate forces” strategy to free up US forces for a potential showdown with Beijing and Moscow.

Acting US Secretary of Defense Patrick Shanahan told the House Armed Services Committee Tuesday he didn't find the review of the Niger ambush compiled by his predecessor "sufficient" and that he'd set out to compile his own review, "so I can ensure from top to bottom there's the appropriate accountability."

The Daesh attack on a Green Berets outfit and their Nigerien Army allies in the western Nigerien town of Tongo Tongo on October 4, 2017, left four US service members dead as well as four Nigerien troops. A poorly planned, last-minute raid on a warlord's compound turned into a debacle when Daesh militants jumped the convoy, only being scared off by French aircraft flying out of Mali. It was the deadliest action US troops had seen in Africa since the "Black Hawk Down" disaster in Mogadishu in 1993.

Then-DoD chief James Mattis, who resigned at the end of last year, oversaw the investigation, which brought international attention to the US' forces in Africa under its Africa Command (AFRICOM). The New York Times reported in December 2018 that Mattis was "livid" at the outcome of the probe, which resulted in junior officers bearing the brunt of the responsibility for the debacle while their superiors escaped corrective action.

Army Capt. Michael Perozeni originally took the brunt of the blame, but the Army rescinded his reprimand in December 2018, and Lt. Col. David Painter, Perozeni's superior who had initially been cleared, was reprimanded instead, losing command of his battalion, military.com noted.

"I don't know when that will be complete, but I have to assume that much of the work that has been done to date can be used, so by saying ‘soon,' I'm not trying to mislead you," Shanahan said Tuesday. He assured the lawmakers the review would be completed "soon" and that holding senior leaders accountable was the "fundamental reason" for reviving it.

His remarks were in response to pressing questions by Rep. Ruben Gallego (D-AZ), a former US Marine who renewed Mattis' complaints about "placing blame on junior officers" while "colonels and general officers just get off the hook."

Gallego hinted that the committee might resort to subpoenas, a power it hasn't used "in quite some time," to get the answers it wants if Shanahan can't provide them.

The aftermath of Tongo Tongo stands in stark contrast to the punishments meted out by US Naval command following a series of collisions between US Navy destroyers and civilian vessels that resulted in the deaths of dozens of seamen in 2017. Numerous top commanders were fired, and sailors saw courts martial leading to charges of dereliction of duty and even negligent homicide followed the accidents, Sputnik reported.

While AFRICOM chief Gen. Thomas Waldhauser indicated earlier this month that the command had made changes "since the Niger incident [which] have to do with the tactical actions and procedures on the ground, and minimum force requirements," the real shift has come with the 2018 National Defense Strategy, iterated only months after the battle.

Maj. Gen. James Hecker, vice director for operations from the joint staff, told Congress last month that the Pentagon's 127 Echo program was providing "viable surrogate forces… at relatively low cost in terms of resources and especially risk to our personnel," a key goal of the NDS, which has reprioritized "great power conflict" with "near peer" powers like China and Russia over the struggle with irregular forces like al-Qaeda and Daesh.

US Code Section 127e provides the secretary of defense and his chiefs up to $100 million a year to support "foreign forces, irregular forces, groups, or individuals" combating terrorism, the Military Times reported, which allows the US to pare down its troop deployments in Africa — something he called the "Africa optimization model," indicating it could serve as a guide to freeing up US forces around the world and fostering "an environment where local forces take ownership of the problem."