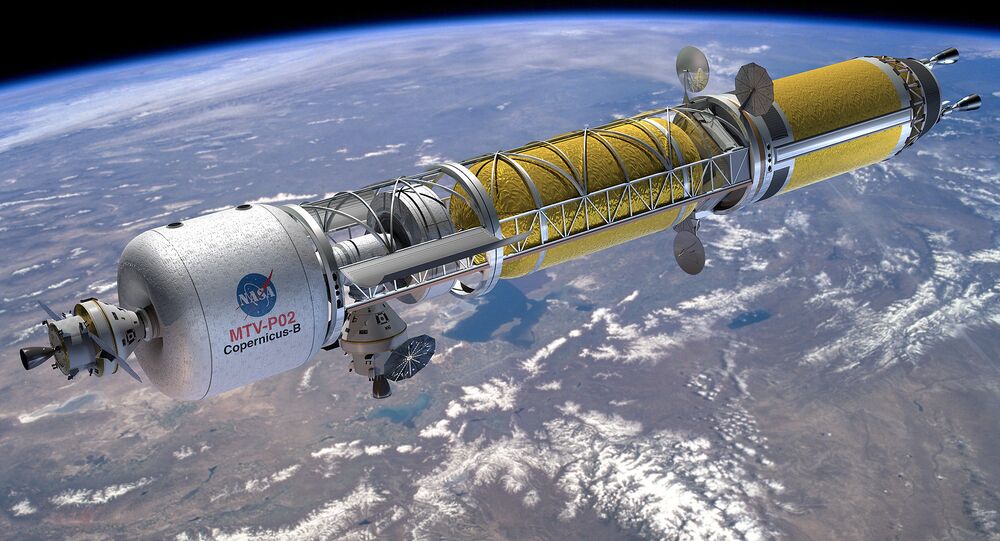 Pentagon to Assemble Nuclear Rocket in Orbit by 2020 - Reports

According to the report, the Defence Advanced Research Projects Agency (DARPA) has requested at least $10 million for its Reactor on a Rocket (ROAR) programme.

"The program will initially develop the use of additive manufacturing approaches to print NTP fuel elements… In addition, the program will investigate on-orbit assembly techniques (AM) to safely assemble the individual core element subassemblies into a full demonstration system configuration, and will perform a technology demonstration", the budget document says.

© AP Photo / Alik Keplicz
Nuclear Weapons Use Threshold Lowering Due to US Actions - Moscow
According to the outlet, a high-assay low-enriched uranium (HALEU) propulsion system, which is being developed as a fuel source for next-generation nuclear reactors, will use the fissionable isotope uranium-235 (U-235) with a concentration of more than 5% but less than 20%. This assay of U-235 is much lower than the 90% used in US naval reactors, but also higher than the average 3-5% U-235 used in commercial reactors, allowing for smaller reactors.
...
Reddit
Google+
Blogger
Pinterest
StumbleUpon
Telegram
WhatsApp
429

Nuclear Weapons Use Threshold Lowering Due to US Actions - Moscow