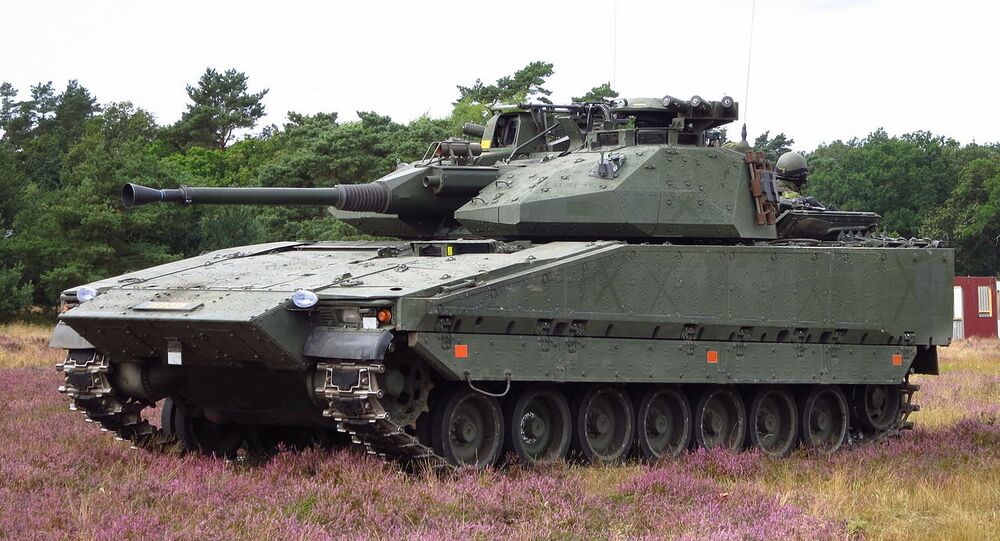 The deadly incident occurred in the early hours of Monday morning outside the town of Överkalix in Norrbotten County, where international exercises involving 10,000 soldiers are being held.

A soldier was run down by a combat vehicle during the Northern Wind international military drill held in northern Sweden, the Swedish Armed Forces have confirmed.

The "serious accident" occurred in the eastern part of Norrbotten County. The soldier was confirmed dead after being run over by a Stridsfordon 90 combat vehicle.

A crisis support centre has been established.

"It's now important to take care of each other. Simultaneously, work is underway to find the answer to what caused the accident. Meanwhile, the activities will continue in a safe manner", Bydén said.

Northern Wind is a Swedish Army Exercise being conducted in the north-east part of Sweden in March 2019. A total of 10,000 personnel are participating in the exercise. Of these, only 3,000 are Swedish, whereas approximately 7,000 come from Sweden's partner nations, including Finland, Norway, the US and the UK, and preparations began 18 months ago.

​The stated goal of Northern Wind is to develop Sweden's national defence and enhance its capability to conduct combat operations at brigade level with units from other nations.

As the drills are being conducted in a harsh climate, it is also aimed at honing foreign participants' skills in winter warfare.

Sweden's largest contribution to the drill is 192 Mechanised Battalion of the Norrbotten Regiment, with 800 soldiers and officers.

The international drill was made possible by the Host Nation Agreement ratified in 2016, which facilitates NATO's operations in formally non-aligned Sweden during training or at times of conflict. Last year, Sweden's major Aurora drill, involving about 20,000 personnel and over 40 agencies, became the country's largest military exercise in over 20 years.