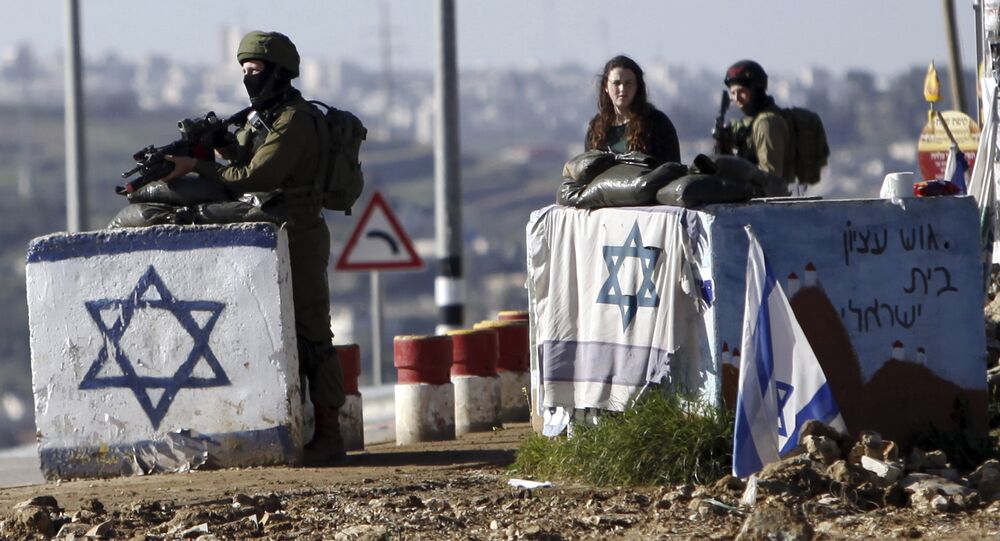 GOLAN HEIGHTS (Sputnik) - Lebanon’s Hezbollah movement is secretly creating a special organization in the Syrian Golan to fight against Israel, the Israeli Directorate of Military Intelligence claimed on Wednesday, adding that it is headed by one of its most experienced commanders.

"We are now discovering details of the terrorist project, which is not known even to the president [of Syria Bashar] Assad… It is a new unit created with the sole purpose of opening a new front against Israel," an intelligence officer said during a briefing at one of the military bases of the Israeli Northern District.

The intelligence officer noted that one of the senior Hezbollah's leaders, Ali Musa Daqduq, could be a head of the emerging group. According to Israel, Daqduq was sent to Syria with the goal to build a "terrorist network" in the Golan Heights.

The Israeli intelligence stressed that the Golan Dossier operated secretly from Damascus, which was not interested in border escalation, but sought to stabilise and revive areas that returned to its control after several years of the civil war. The intelligence officer said that he had no information on whether Tehran was involved in the new Hezbollah's project, but stressed that Iranian forces were not present in the Golan Heights.

Earlier on Wednesday, the IDF made an announcement about the upcoming intelligence declassification of what it called "our enemy".

In 1 hour we will declassify intelligence about our enemy, right here on Twitter. pic.twitter.com/WhHoQQUPr5

An hour later, the IDF in a video posted on Twitter revealed that Ali Musa Daqduq has allegedly been operating a new terror cell in Syria.

© AP Photo / Nati Harnik
Israel Closes Sole Ski Resort Mount Hermon Due to Escalation in Syria - IDF
According to Reuters, Daqduq's fate became a source of tension between Baghdad and Washington in 2011 as the US military reportedly prepared to withdraw from Iraq. Daqduq was captured in March 2007. The US-based media outlets said that Daqduq had joined Hezbollah in1983.

Israel traditionally views the Hezbollah Shia movement as terrorist organisation and is concerned about its alleged presence in neighbouring Syria. Hezbollah has reportedly been supporting the Syrian government in its fight against terrorist groups since 2012 upon Damascus' request.

Hezbollah Secretary General Hassan Nasrallah has repeatedly said that Hezbollah troops were ready to leave Syria immediately after the Syrian government asked them to do so.