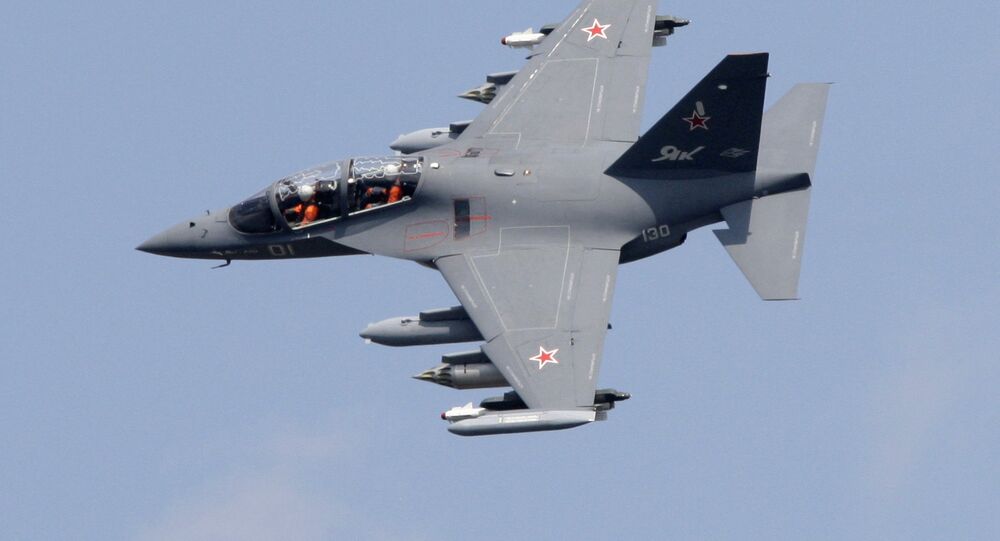 In February, Viktor Kladov, the head of the international cooperation department of Russian state corporation Rostec, told Sputnik that Russia would demonstrate its Yak-130 jet trainer at LIMA-2019 air show for the first time.

"The [Russian] United Aircraft Corporation will bring the Yak-130 combat trainer aircraft to the exhibition. [The jet] will not only take part in the flight program of the exhibition, but the Malaysians will also witness its combat capabilities in a regime closed for public. One of the test pilots of the Yakovlev Design Bureau will fly the plane and show to the Malaysian counterpart all the possibilities of the Russian Yak-130 in the air," the source said.

22 years ago, on 25 April 1996, the Yak-130 prototype completed its maiden flight. As an advanced training aircraft, the #Yak130 is able to replicate the characteristics of several 4+ generation fighters as well as the fifth-generation Sukhoi Su-57. https://t.co/9uAaXlrVfG pic.twitter.com/uGt50k5Td1

Moreover, the Russian Knights, an aerobatic demonstration team of the Russian Air Force, will also take part in the flight program of the upcoming event, according to the source.

© Flickr / RS Deakin
New Electronics to Turn Yak-130 Jet Into Deadly War Machine
The Yak-130 is a two-seat combat trainer aircraft produced by the Irkut Corporation, part of the United Aircraft Corporation. Russia successfully exports these jets to a number of foreign countries, including Myanmar and Laos.

The Langkawi International Maritime & Aerospace Exhibition (LIMA) will take place in Malaysia's Langkawi on 26-30 March. It has been held once in two years since 1991 and is considered one of the largest shows of military equipment in the Asia Pacific region. The event is co-organized by the Malaysian Defence Ministry.