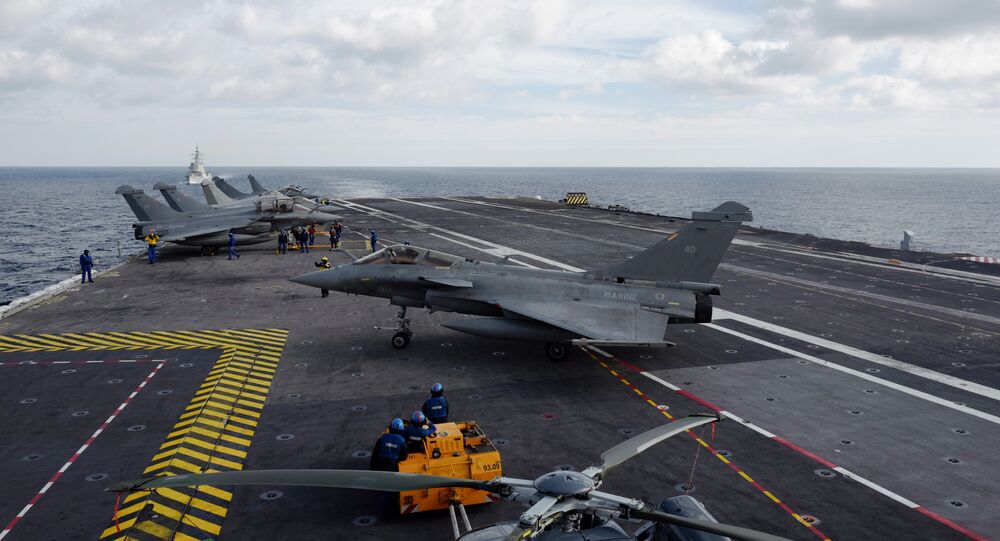 The deployment comes amid US plans to withdraw its military from Syria as the White House has announced victory over the Daesh* terrorist group. Commenting on the pull-out, US President Donald Trump noted that the remaining states will be able to eliminate the group's remnants.

French aircraft carrier Charles de Gaulle (CDG) has sailed off for a new deployment in the East Mediterranean, where it will conduct operations against Daesh* in Syria, French media reported. It's unclear what exactly this operations will include and how long the carrier will stay there.

Upon the end of its mission in the Mediterranean, Charles de Gaulle will move to the Indian Ocean and to the Asia-Pacific region. There, CDG will participate in joint drills, namely with Indian forces. The carrier is expected to return to France in July.

This is the first assignment for the Charles de Gaulle following 18 month-long repairs in Toulon. Prior to that, the aircraft carrier had participated in another operation against Daesh* in Syria and Iraq in 2016.

The redeployment follows French President Emmanuel Macron's criticism of Donal Trump's plans to withdraw most American troops from Syria after declaring victory over Daesh*. The president expressed regret at the US' decision and vowed to continue France's involvement in fighting the terrorist group.

The US will keep a total of 400 troops in the Arab Republic, half of them in al-Tanf military base and the other half in northern Syria.