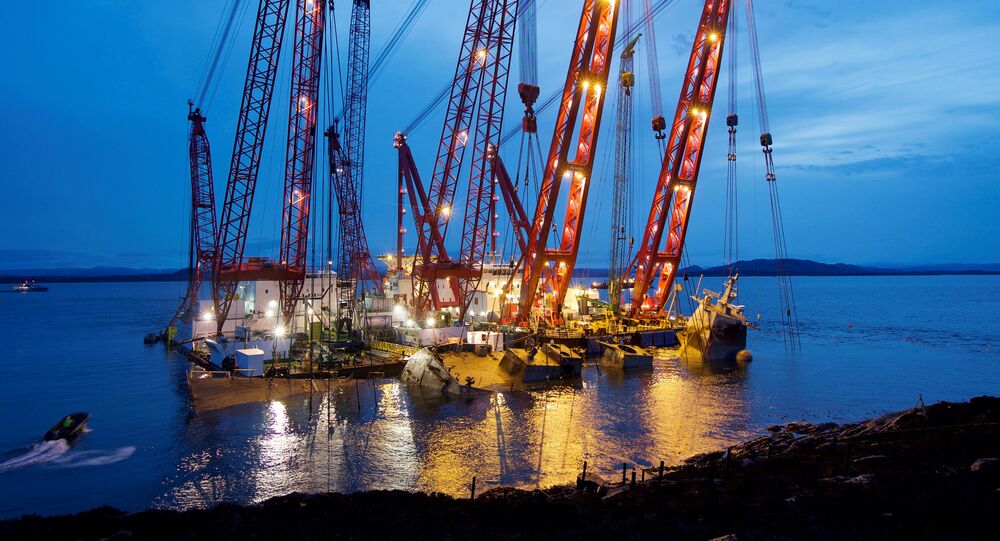 The massive 10-metre long gash in the hull of the KMN Helge Ingstad, which dramatically sank in November 2018 after colliding with a tanker in wake of the NATO drill Trident Juncture, will be sealed using pre-ordered steel plates.

According to Wederwang, this is not a permanent solution, but it will ensure that the frigate will be able to sail on its own.

"I am relieved. It is a good day for us when the KNM Helge Ingstad is back", Wedervang said, anticipating the return of one of the centrepieces of the Norwegian Navy.

"There are mixed feelings today. It's good to see the frigate home, but it hurts to see it in this condition", Stensønes told NRK.

According to Stensønes, the vessel will be completely emptied of fuel for a closer look at the damages. So far, he stressed, over 1,400 components have been extracted from the frigate.

"We are concentrating on the components that are expensive or difficult to acquire. The parts must be tested thoroughly before we use them, we will not re-use systems whose safety we are uncertain about", Stensønes said.

According to him, mechanical equipment is the easiest to repair. At the same time, he stressed that the navy would do its best to preserve electronic equipment as well. In any case, a cost-benefit assessment will be made on each individual component.

Until its dramatic loss after an avoidable collision with a Maltese-flagged oil tanker in November 2018, the Helge Ingstad was seen as one of the most modern ships in Norway's Navy, with a price tag of over $500 million. Its loss admittedly undermined the navy's defence capability.

The Helge Ingstad sank while returning from the NATO drill Trident Juncture, which was touted as the largest on Norwegian soil in decades and gathered some 50,000 troops, 10,000 vehicles and dozens of warships.

While the frigate received a 10-metre-long gash and had to be manoeuvred into a shallow bay to avoid total loss, the oil tanker emerged from the collision almost unscathed and is already back in service.