In the video, the pilot of a downed Indian plane praises the Pakistani military for its professionalism and blasts the Indian media for fueling “war hysteria.”

The Indian Air Force has claimed that a heavily edited video of Air Force Commander Abhinandan Varthaman was recorded while their officer was in captivity and under duress, a report by The Times of India says.

The Air Force said it will talk to the pilot in person and clarify the situation, the Times reports.

In the video, Varthaman praised the professionalism of the Pakistani military, saying it saved him from the mob and treated him well. He also expressed his "regret over the role of Indian media for creating war hysteria." 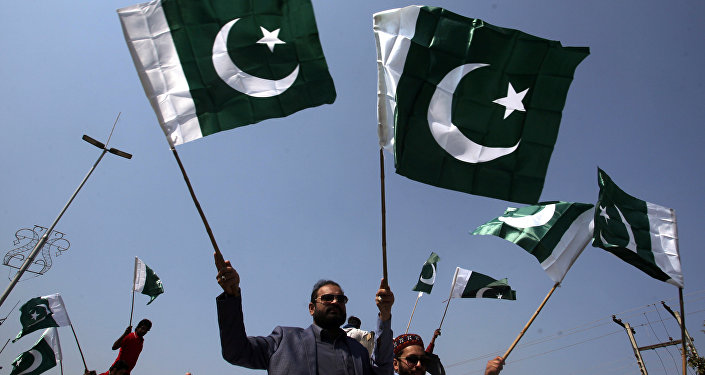 © REUTERS / Mohsin Raza
Pakistan to Begin Dialogue With India Whenever New Delhi Ready - Ambassador
The video, recorded minutes before the Indian pilot was released from Pakistani captivity, features a large number of jump cuts, which, some speculate, were made to tailor Varthaman's statement to Pakistan's agenda.

The video, reportedly filmed at a Pakistani Inter-Intelligence Service's site in Lahore, has been cited as a reason for the delay of the handover operation.

Varthaman was flying an Indian warplane when he was downed by Pakistan during the countries' most recent clash over the disputed region of Kashmir. Varthaman ejected from the plane after it was hit, but the winds carried him to Pakistan, where he was captured by the military.

The incident sparked international fear that a war could erupt between the nations. However, Pakistan released the pilot from captivity as a gesture of good will, which allowed Islamabad to claim the "moral high ground," as CBS puts it.

​After returning home, Varthaman will undergo an obligatory medical exam and a full debriefing by his superior officers, as dictated by military protocol, CBS reports.