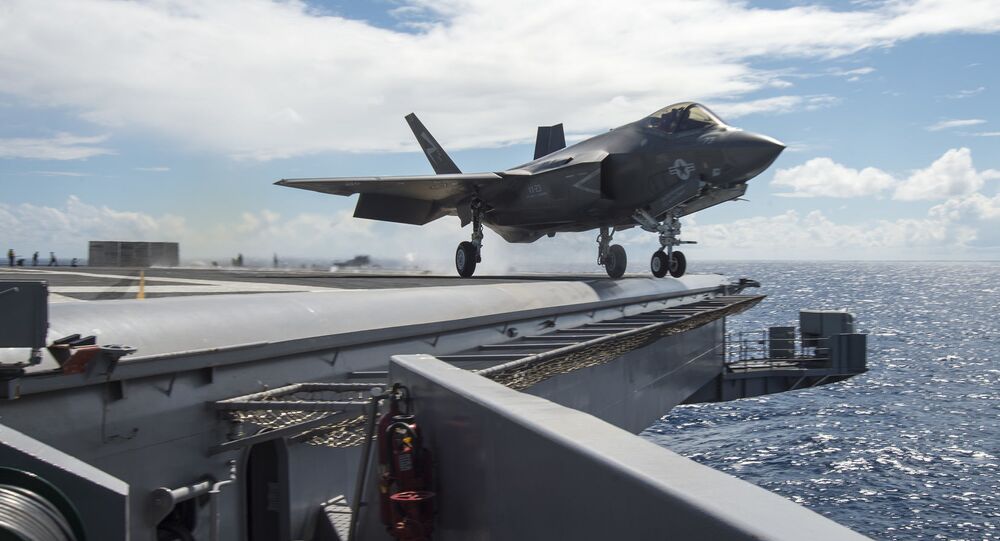 US Naval and Marine Corps commanders declared Thursday afternoon that the Navy’s F-35 variant, the F-35C Lightning II, is “ready for operations, ready for combat and ready to win.”

The F-35C has officially reached Initial Operational Capability (IOC), the Navy said in a press release. This means the squadron is staffed, trained and equipped for missions supporting the Navy fleet, the service explained, including all software upgrades, spare parts, tools and accoutrements and a working Autonomic Logistic Information System (ALIS), the jet's advanced computing system. It also means the carrier that will support the 10-jet squadron is certified and prepared to host them.

"The F-35C is ready for operations, ready for combat and ready to win," Naval Air Forces Commander Vice Admiral DeWolfe Miller said in the statement. "We are adding an incredible weapon system into the arsenal of our Carrier Strike Groups that significantly enhances the capability of the joint force."

Military.com notes that the Navy's squadron was expected to be combat ready by February 2019, a deadline the service made by the very last day of the month.

As recently as late 2017, the Navy was still hoping to reach IOC by 2018, but as with just about every stage of the F-35's development, that deadline was blown. IOC testing began only in December 2018, more than a year behind schedule, Sputnik reported at the time.

US F-35s began their combat careers in Afghanistan in September and most recently were pounding Daesh targets in Iraq and Syria. Israel in May became the first country to use the US-made F-35s in combat — and not long after had to ground the costly planes to inspect their fuel tubes after one of the "flying computers" crashed. The jets, which can run close to $200 million a piece, have been plagued by problems including depriving pilots of oxygen, struggling to deal with storms, a dangerous ejection apparatus and more.