US F-35Bs Bombarded Daesh Targets for More Than 50 Days

Since launching its combat career in Afghanistan in September, US F-35B aircraft, highly touted by the US military and defense contractors, have gone to work in Iraq and Syria, dropping bombs on targets for more than 50 days.

"They were active and did very well," said Col. Chandler Nelms of the 13th Marine Expeditionary Unit in an interview for Military.com on Monday. Marine Fighter Attack Squadron 211 conducted some 1,200 flight hours in combat missions in the campaign against Daesh, according to the colonel.

The number of encounters between the US F-35 aircraft and Russian air forces was described by the US side as minimal, according to the commander. Russia's forces are in Syria at the request of Syrian President Bashar al-Assad. 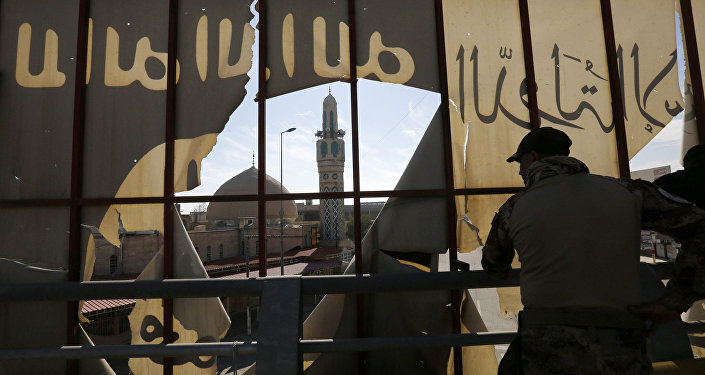 "We were aware they were airborne," the commander said of Russian aircraft, adding that "there are some established de-conflictions that are already set up between Russian and US forces. They were all adhered to, but we were aware."

The first F-35 combat mission took place in September, Sputnik reported, when the fifth-generation jet conducted a strike in Afghanistan against the Taliban.

The plane's reduced radar cross-section makes it much harder to detect, and has led the likes of the US commander-in-chief, President Donald Trump, to call the plane "an invisible fighter" in a speech to US Coast Guard personnel in November 2017:

"With the Air Force, we're ordering a lot of planes, in particular the F-35 fighter jet, which is almost, you know, like an invisible fighter. I was asking the Air Force guys how good is this plane, and they said, 'Well sir you can't see it.' I said yeah but in a fight, you know a fight, like I watch on the movies, the fight, they're fighting, how good is it? 'Well it wins every time, because the enemy cannot see it, even if it's right next to it, it can't see it.' I said that helps; that's a good thing."