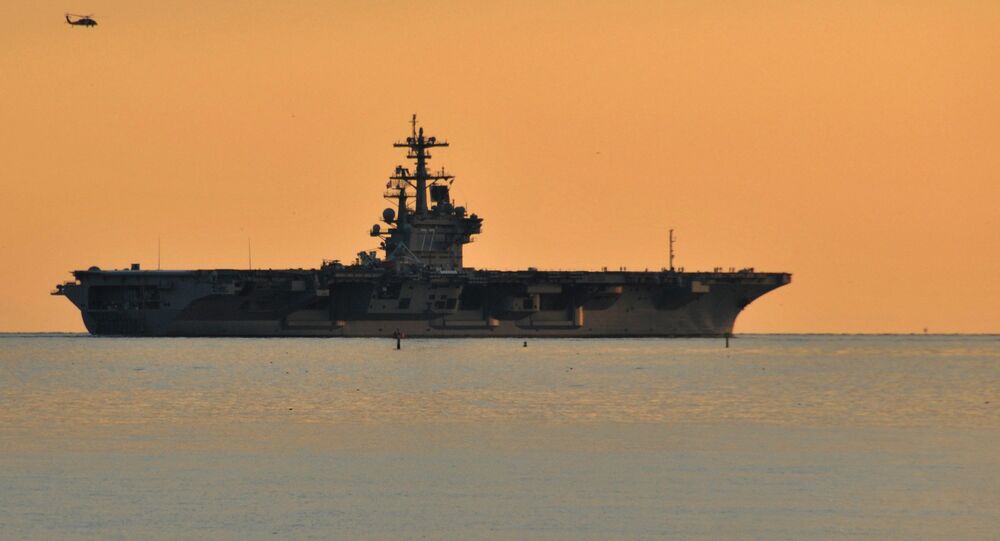 The USS George HW Bush will be off the high seas for the next two years and four months, according to local media in the US state of Virginia.

The work just to decide what maintenance needs the aircraft carrier needs took 18 months, according to a Monday report by the Virginia-Pilot. Another 1.3 million man days of work are required to get the ship back in action, the report notes.

Crews will work on the ship from a dry dock, but some workers will be wet behind the ears. "This is a great chance for teaching and mentoring people in new positions how to execute and perform to their top potential," Jeff Burchett, the superintendent of the upgrade project, tells the Virginia-Pilot.

The USS George HW Bush was the last Nimitz-class aircraft carrier built for the US Navy, and it was only commissioned 10 years ago. Former US Presidents George HW Bush and George W Bush were both present to commission the carrier at Naval Station Norfolk in Virginia.

The upgrades will apparently allow companies to test out 3D printing technologies, according to the Virginia-Pilot, as well as the use of virtual training models.

One area that is sure to be addressed is the integration of the unmanned aerial tanker — the MQ-25A Stingray. The US Navy has moved to make the remotely piloted refueling tanker a permanent part of the carrier air wings, electing to give Boeing the contract to build the Stingrays last August. The MQ-25A and its defunct predecessor, the UCLASS (Unmanned Carrier-Launched Airborne Surveillance and Strike), both flew trial flights from the USS Bush, according to USNI News.

US Navy F/A-18 Super Hornets are called upon to play the roles of ‘stinging' as well as support, carrying extra fuel supplies to top up other aviators' aircraft. By delegating the refueling job to unmanned aircraft, the US Navy has said it hopes to extend the range of carrier air wings. There are even discussions that the Stingray could be used as a missile "caddy" for Navy fighters like the F-35C, Sputnik has reported.

The USS Dwight D. Eisenhower was also selected by the Navy to be one of the first two carriers to field the Stingray.

All of this sounds simple enough in a news article, but the mechanical processes for, for example, storing unmanned aircraft and getting fuel from them into a jet in mid-air, are enormously complex. Engineers and contractors are still trying to master how to install weapons elevators properly on the USS Gerald Ford, an aircraft carrier in the Ford-class series, the next generation of Navy carriers. The process of putting weapons elevators on these ships has taken so long that the secretary of the Navy swore to the president that he would relieve himself of his duties if all 11 weapons elevators on the USS Ford are not in tip-top working order by the end of the summer, Sputnik has reported. As of late January, there was only one such elevator functioning properly on the USS Ford.