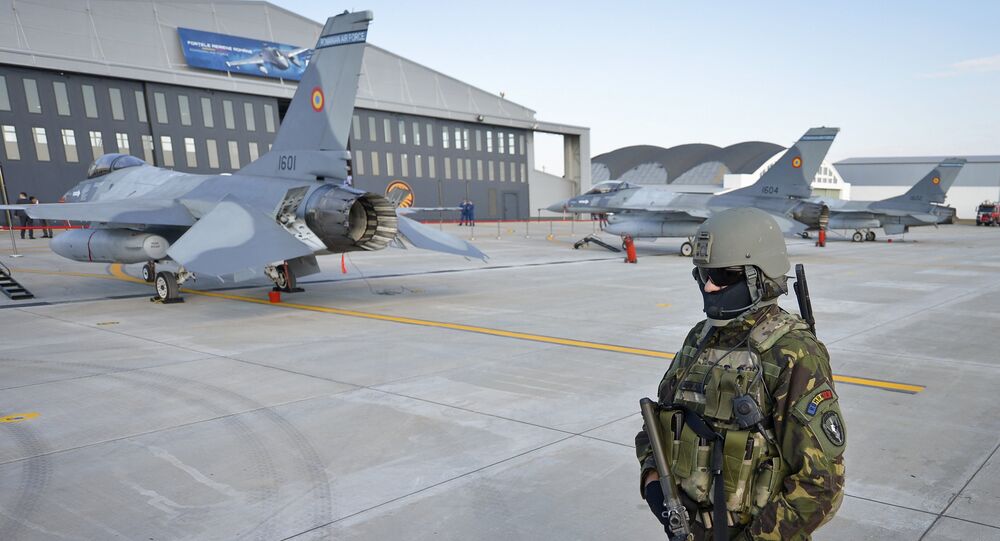 "Russian claims against NATO’s missile defence system are a blatant attempt to distract attention from its breach of the INF Treaty. These claims are long-standing and unfounded. As we have repeatedly made clear, the Alliance’s missile defence is purely defensive. The Aegis Ashore sites in Romania and Poland are fully compliant with the INF Treaty," Cazalet said.

© REUTERS / Murad Sezer
Presidency of EU Council Supports Increasing NATO Presence in Black Sea
He said NATO was assessing the situation around the INF, adding that the alliance's response would be well-considered, but that NATO did not plan to deploy new ground-based nuclear weapons in Europe.

The senior official said further that NATO took note of the Russian leader's address to the parliament on Wednesday, and considers Russia's statements threatening the allies unacceptable.

"We have noted President [Vladimir] Putin’s address of 20 February. Russian statements threatening to target Allies are unacceptable. We call on Russia to focus on returning to compliance with the Intermediate-Range Nuclear Forces Treaty. NATO is a defensive alliance, which stands ready to defend all members against any threat," Cazalet said.

© Sputnik / Aleksei Vitvitsky
NATO to Respond if Russia Doesn't Fulfill Duties Under INF Treaty - Stoltenberg
"We do not want a new arms race, and Allies have repeatedly called on Russia to verifiably destroy its intermediate-range missiles," he added.

Addressing the Russian Federal Assembly earlier in the day, Putin said that Moscow would be forced to provide an adequate response to the possible deployment of intermediate and shorter-range ballistic missiles in Europe by Washington.

Putin stressed that Russian weaponry, in this case, could target not only areas posing a direct threat to Russia but also those areas where decision-making centers on the use of missile systems are located.