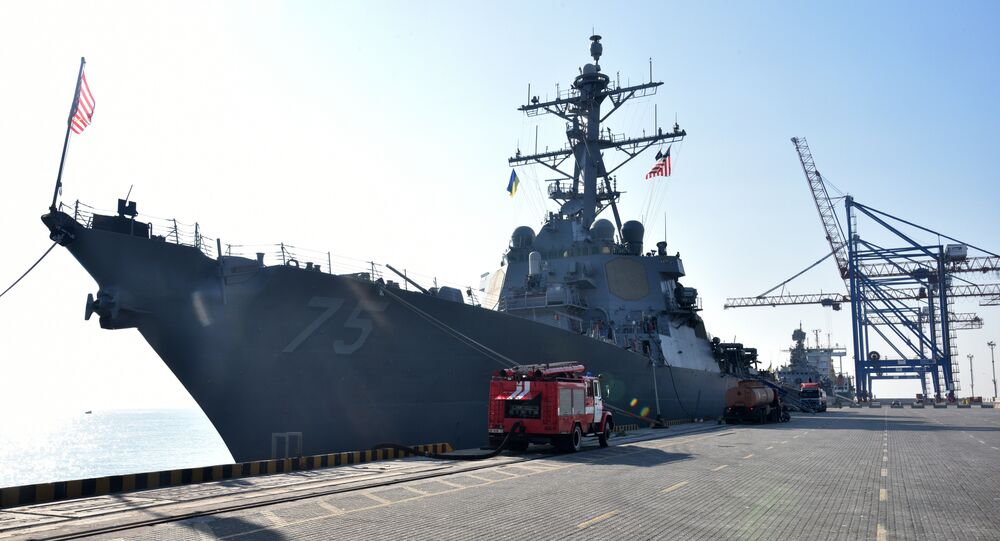 "On February 19, 2019, at 05.00 pm Moscow time [14:00 GMT], US Navy Donald Cook guided-missile destroyer entered the Black Sea. Russia's Black Sea Fleet assigned forces and means to continuously monitor the actions of the American destroyer," the centre said in a statement.

According to the statement, the direct monitoring is carried out by the Orekhovo-Zuevo missile corvette and the Ivan Khurs naval reconnaissance ship.

The fact that the warship was about to enter the Black Sea was also confirmed by the press office of the US 6th Fleet:

The fleet's press office noted the destroyer had already performed some missions in the Black Sea about a month ago: it visited Batumi, Georgia, and carried out an exercise with two Georgian Coast Guard ships. After that, on January 28, the warship left the Black Sea.