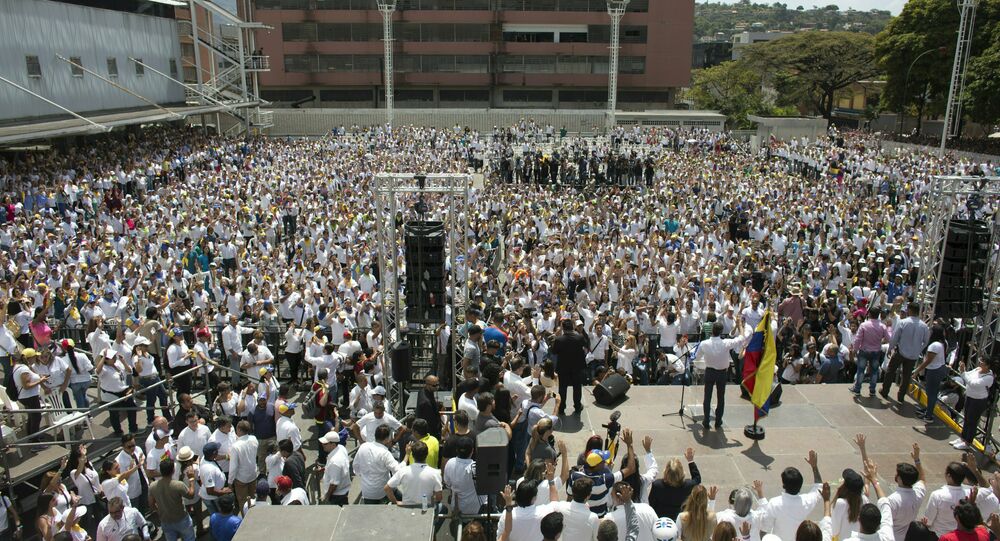 Venezuelan congressional chief and self-appointed interim president, Juan Guaido, must be acknowledged as such by the European Union, according to the US vice president.

US Vice President Mike Pence, speaking on Saturday at the Munich Security Conference, declared that the EU must recognize Guaido as the official — although temporary — leader of the beleaguered South American nation, until a new official presidential election can be held, according to Reuters.

Pence's remarks appeared to be a veiled warning against the entire economic bloc, as opposed to the traditional diplomatic process of negotiating with nations on an individual basis.

The Republican next-in-line to the US presidency avowed that Guaido's interim presidency in Venezuela should be recognized by the "the rest of the world" while calling for current President Nicolas Maduro to resign.

Maduro has resisted attempts by the international community — led by the US — to release control of the nation's military and step aside in the face of crippling economic factors including starvation, job loss, infrastructure halt and a strident political opposition.

"It is time for the rest of the world to step forward," Pence declaimed, adding that "the old world can take a stand in support of freedom in the new world," cited by Reuters.

"We call on the European Union to step forward for freedom and recognize Juan Guaido as the only legitimate president of Venezuela," Pence stated, cited by CNBC.com.

The US VP's speech in Munich — which included exhortations to increase military spending and praised US President Donald Trump — was received in stony silence, according to multiple reports.