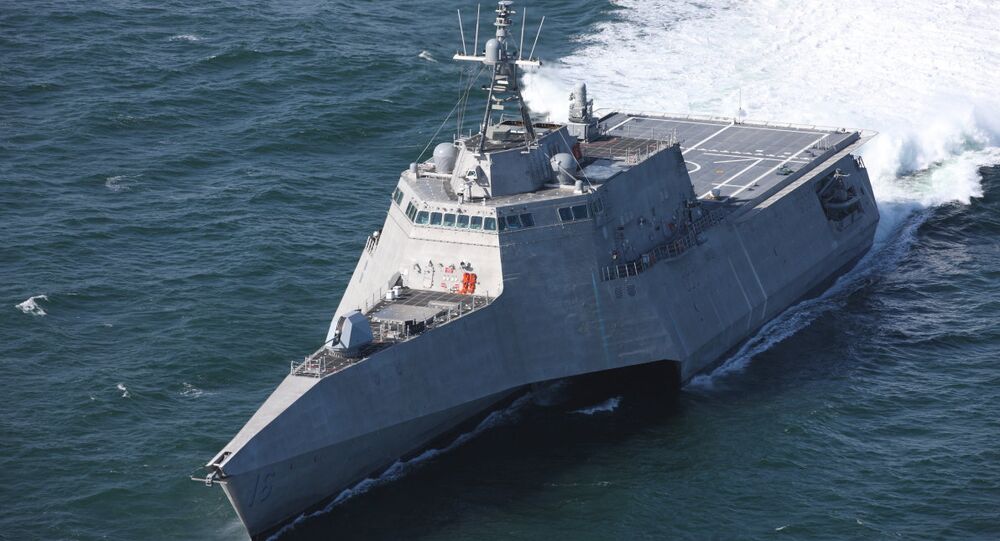 WASHINGTON (Sputnik) - The USS Tulsa (LCS-16), an Independence-class littoral combat ship equipped with stealth technology, was officially commissioned by the US Navy on Saturday.

The commissioning ceremony took place at 10 a.m. local time (18.00 GMT) in San Francisco, California, and was broadcast on US Navy's Youtube channel. Oklahoma Sen. James Lankford attended the ceremony. The ship is assigned to the city of San Diego and became the 15th military vessel of this class. US Navy intends to commission a total of 34 sLCS ships.

Tulsa, the latest addition to the US fleet of littoral combat ships, is designed to defeat asymmetric "anti-access" threats such as mines, quiet diesel submarines and fast surface craft.

The USS TULSA (LCS 16) is now officially manned with a crew. pic.twitter.com/KX0vUBoMAQ

Littoral combat ships are relatively small vessels designed for both offensive and defensive maneuvers in shallow waters near land, while also having the ability to project naval power in open seas.

It was a great day to celebrate the Navy and Tulsa. God bless you and Godspeed to the #USSTulsa. pic.twitter.com/cAzdzdMBYB

Twitter/ѴѺҎ
US Navy’s Nuclear Command Aircraft Damaged in Hangar Incident (PHOTOS)
The littoral combat ship program, which began in the early 2000s, has run into repeated cost overruns, reorganizations, and upgrades to ships already under construction, prompting Congress to issue cost cap contracts of $584 million for the construction of a single ship in 2017, to bring costs down from $1.8 billion for a single vessel.

In 2016, then-Senate Armed Forces Committee Chairman John McCain complained that up to $12.4 billion had been wasted on ships from the program which have no effective combat capability.

The US Navy reportedly expects to receive between 55-60 of the ships to replace the existing Oliver Hazard Perry-class frigates and the Osprey and Avenger-class minesweepers, which are entering the end of their lifespans.