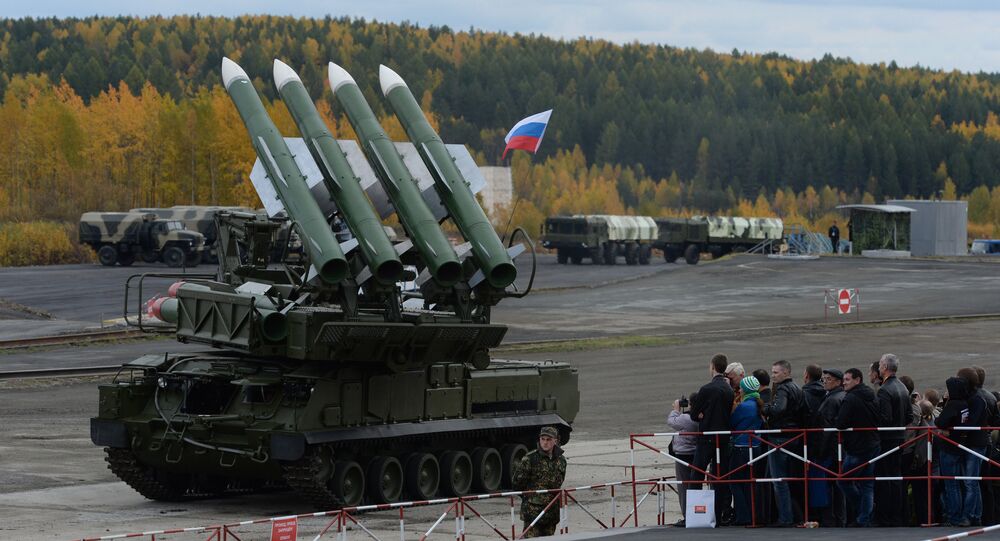 MOSCOW (Sputnik) - The Almaz-Antey Air and Space Defense Corporation is one of Russia’s biggest defence industry enterprises. It will display a broad range of military and civilian products at the 12th Aero India International Aerospace Show 2019 to be held in Bangalore on February 20-24, the corporation’s press service reports.

Air space control radars occupy a special place in the exposition. The multi-purpose radar 55Zh6ME, the mobile on-duty radar 55Zh6UME, mobile radars 1L121E and 1L1215E, and small radars 1L122-1E and RTK E-801E will be demonstrated with models and video presentations.

Almaz-Antey is also going to showcase the following civilian products: the DMRL-3 Doppler Weather Radar and the ROSC-1 Radar-Optical Complex for securing facilities and neutralizing UAVs.

He said representatives of the corporation plan to hold a number of meetings and talks with potential customers.

Almaz-Antey has the right to engage in independent foreign trade activities regarding its military products, including the supply of spare parts, repair and modernization of previously supplied hardware, and training of its customers' personnel. In 2017, Almaz-Antey, which employs about 130,000 people, was among the world's top ten producers of military hardware. It was ranked eighth among the Defense News top 100 global defence companies. The militaries of over 50 countries are equipped with its systems.

Almaz-Antey to Display New Military and Civilian Equipment in Astana