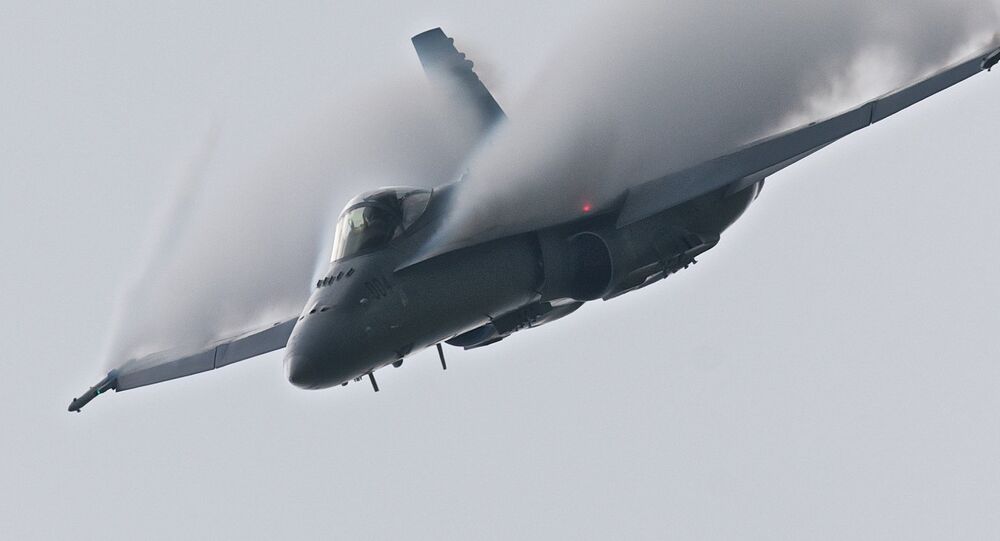 Pictures show a black F/A-18C Hornet of the Naval Aviation Warfighting Development Centre in flight, painted with the same colours as fighter aircraft of the Russian Federation.

The pictures were captured by Scramble Magazine on Thursday, showing American aircraft in a training flight at Naval Air Station Fallon in Nevada. A Facebook post is accompanied by several photos of the plane painted in a “striking dark grey/black Sukhoi Su-30 Flanker-style adversary scheme".

“The scheme is specifically reminiscent of Su-30s in service with the Russian Federation — Naval Aviation (AVMF-RF)", the post reads.

The post was also followed by a photo of Russian SU-30s taking flight.

This is not the first time US planes have been reported as having been painted in the colours of Russian aircraft to simulate an aggressor. Earlier in January, 57th Wing commander Brig. Gen. Robert Novotny confirmed that a US 64th "Aggressor Squadron" F-16C based at Nellis Air Force Base in Nevada would be decked out with a Su-57-style digital pixelated camouflage paint scheme.

The "aggressor" planes are designed to "realistically simulate" air combat against would-be "probable enemies", with other details including tactics, procedures, enemy SAM fire replicated in drills and based on US intelligence data. The US Air Force has a long history of painting aircraft to look like Russian, Chinese, Iranian, and other would-be adversaries, even sometimes using actual Russian MiG-21s, MiG-29s and Su-27s, at bases scattered across Alaska, Nevada, Virginia, and Florida.