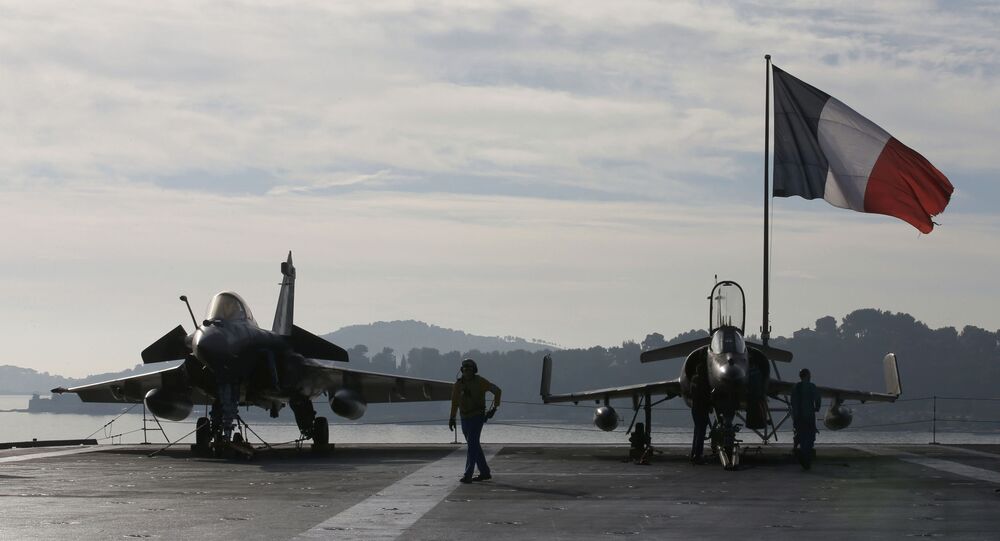 Russian Defence Minister Sergei Shoigu said Tuesday that Russia would create a ground-based version of its nuclear-capable Kalibr missile in response to the US withdrawal from the Intermediate-Range Nuclear Forces Treaty. Ex-French Foreign Minister Hubert Vedrine has urged Moscow and Washington to come up with a new treaty to replace the INF.

The French Air Force has carried out a "rare" simulation of a nuclear strike involving a Rafale multirole fighter. The 11-hour mission, which included all phases of the nuclear attack mission, including refueling, featured the firing of the type of missile used in a real strike, French Air Force spokesman Col. Cyrille Duvivier has told Reuters.

"These real strikes are scheduled in the life of the weapons' system," Col. Duvivier said. "They are carried out at fairly regular intervals, but remain rare because the real missile, without its warhead, is fired," he added.

© Photo : Russian Defence Ministry
Russia to Develop Ground-Based Kalibr Missiles by 2021 in Light of INF Treaty Row - Defence Minister
The test reportedly came after Russia announced that it would be suspending its commitment to the INF Treaty, mirroring the US decision Saturday to withdraw from the arms limitation pact over a six month period.

The French Foreign Ministry voiced its concern over the withdrawal, calling on Russia to use the six-month window to keep talks with the US open, and stressing that Paris remains committed to "arms control instruments, which help to ensure strategic stability."

Earlier, Russian Foreign Minister Sergei Lavrov said that all of Russia's proposals related to arms control remain on the table, adding that Moscow would not stoop to having to "remind our Western partners about them."

Each of the nuclear superpowers accused one another of violating the INF. The US has alleged that Russia violated the treaty by producing the 9M729 (SSC-8) missile, which Washington claims has a range of well over 1,000 km. Moscow says the missile's range doesn't exceed 480 km, well within the 500 km limit set forth by the INF. Russia has in turn accused the US of violating the INF by deploying components of its missile defence shield in Poland and Romania, with these systems said to be capable of fielding offensive ground-launched nuclear-capable cruise missiles. Washington has denied the allegations.

© Sputnik / Grigoriy Sisoev
Russian MoD Shows Iskander-M Launchers With 9M729 Rockets Amid INF Row With US (PHOTOS)
France is one of the five recognised nuclear weapons states under the 1967 Treaty on the Non-Proliferation of Nuclear Weapons.  The French nuclear arsenal, formerly known as the Force de frappe (Strike Force) and the Force de dissuasion (Deterrent Force) is currently estimated to comprise some 290 nuclear warheads, which can be delivered via missiles launched by Air Force fighters and bombers and long-range ballistic missiles carried by the Navy's submarines.

France is not a party to the INF, a 1987 arms limitation agreement between the United States and the Soviet Union (and later Russia) which obliged the two countries to eliminate their ground-based nuclear missiles in the 500-5,500 km range. The treaty was aimed primarily at reducing the risk of nuclear war in Europe.