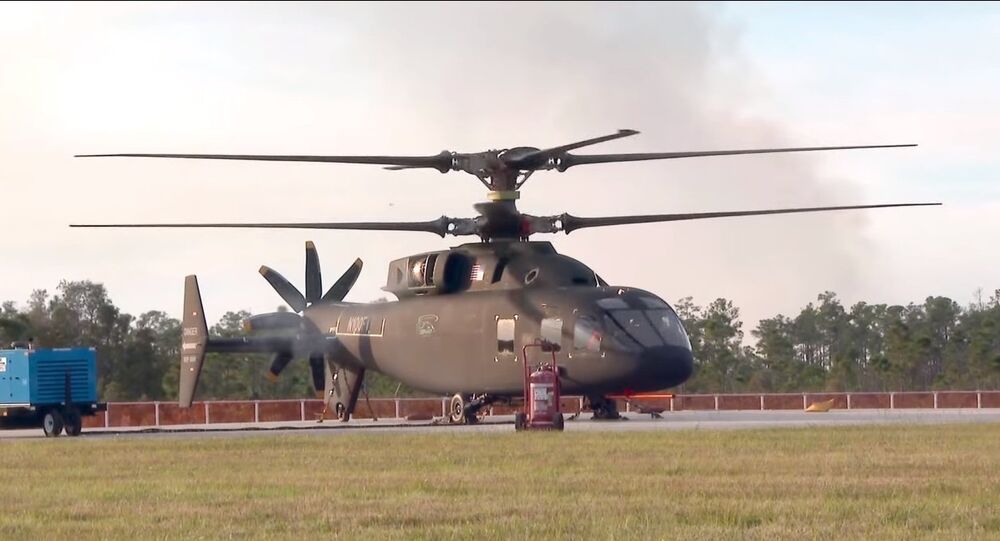 One of the two candidates to replace the military’s iconic UH-60 Blackhawk and AH-64 Apache helicopters, Sikorsky’s SB-1 Defiant, has started the first ground tests of its unique rotor which is able to deliver troops and equipment more quickly on the battlefield.

The SB-1 Defiant is currently undergoing ground tests at Sikorsky’s — a division of Lockheed Martin — Development Flight Center in West Palm Beach, Florida. It contains a unique feature which differentiates it from conventional helicopters – a “pusher propulsor” propeller, according to Popular Mechanics.  While most helicopters use their main rotors for lift while the tail rotor stabilizes the flight, the SB-1 generates lift and stability through the use of two main rotor sets rotating in opposite directions, generating a faster forward thrust.

The combination was previously used by Sikorsky during the technology demonstration of the X-2, followed by the S-97 Raider scout helicopter, yet the SB-1 is the largest aircraft with a “pusher propulsor” propeller. The aircraft is designed to carry a crew of four, with twelve passengers, and hit a top speed of 250 knots (287 miles an hour on the ground). The SB-1 will also feature retractable landing gear, something the UH-60M does not have.

The Defiant aims to replace Blackhawk and Apache helicopters as part of the US Army’s Future Vertical Lift-Medium program. The armed attack version would likely be equipped with pylons for the Joint Air-Ground Missile, the new replacement for the ageing Hellfire missile, according to Popular Mechanics. Another possible weapon is a light calibre autocannon along the lines of the Apache’s 30-millimetre chain gun.

The Defiant is one of the two contestants in the Future Vertical Lift-Medium program. The other one is the Bell V-280 Valor, a tilt-rotor design similar to the V-22 Osprey. The winner of the program could become the vehicle to replace the helicopters not only in the US Army, but also in the US Navy, US Air Force, and US Coast Guard.

The date of the first flight of the SB-1 remains unknown.