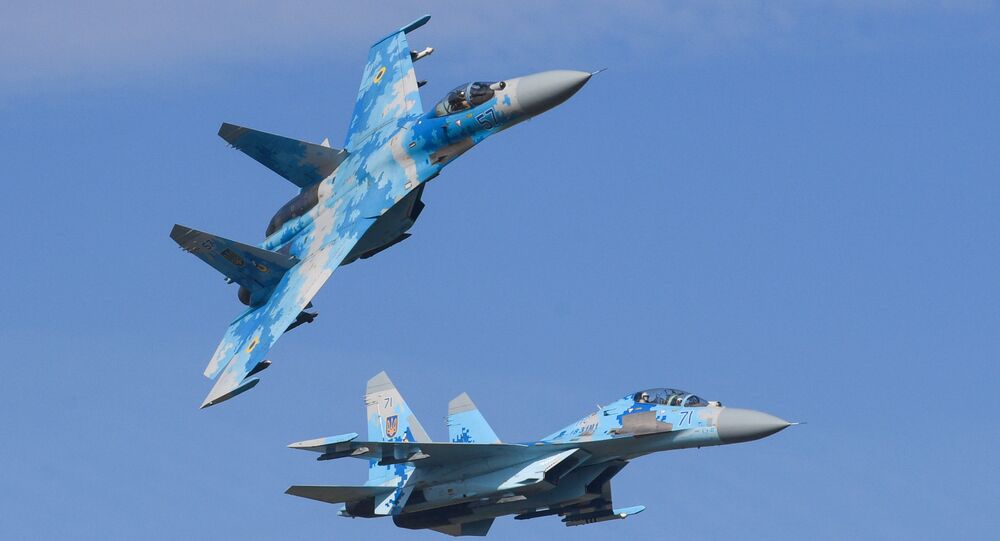 The video comes days after other footage showed a standoff between a Russian Su-27 and a Swedish reconnaissance aircraft over the Baltic Sea.

A video published on Thursday shows a Russian Air Force Su-27 jet intercepting a NATO F-15 warplane and decisively forcing it further away from a Russian government plane in the skies above the Baltic Sea, according to the description below the footage.

The incident reportedly occurred in June 2017, when the US jet attempted to follow the Russian government plane on its way to the city of Kaliningrad. The Russian Defence Ministry and NATO have yet to comment on the footage.

While the newly-released video went viral, commentators rushed to express their opinions. According to user qlswtwen530, "[The NATO jet has been] Caught totally by surprise…like a cat pouncing on a mouse." At the same time, Archange Gabriel wrote: "I do not see any aggressiveness on the part of Su-27…"

"What the hell are the Americans doing in the Baltic, anyway?," a person who names himself as GeeHardy asked.

A similar opinion was voiced by user Wayne Clarke: "Americal fighter in the Baltic? Was he lost? He is about 6000 miles from the US and right by the Rusians base. Then you blame the russians? How would you like Migs flying just off New York?"