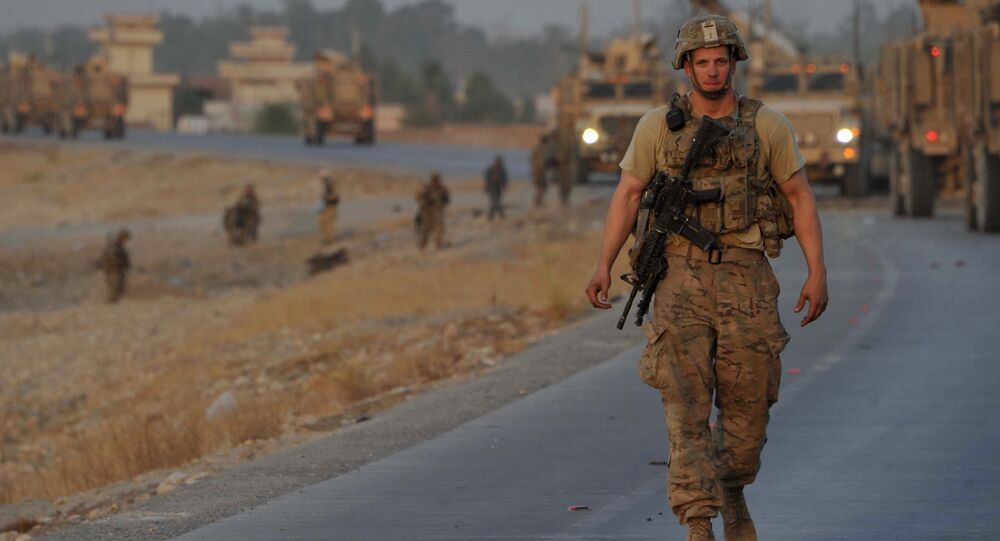 WASHINGTON (Sputnik) - NATO Secretary General Jens Stoltenberg said on Monday that Alliance's troops will not stay in Afghanistan "longer than necessary", but so far the military presence is needed to achieve a "peaceful solution" to the conflict in this country.

"We will not stay longer than necessary, but we will not leave before we have a situation, which enables to leave or reduce the number of troops without jeopardizing the main goal of our presence", Stoltenberg said at a meeting with US Acting Defense Secretary Patrick Shanahan.

Stoltenberg added that it is "too early to speculate" on the issue of withdrawal of NATO troops from Afghanistan, because now it is necessary to support efforts to find a peaceful solution to the conflict.

"We strongly support those efforts… We are in close contact with the United States… Our military presence, the purpose of that is to create the conditions for the political solution, and we hope that we will be able to achieve that", Stoltenberg noted.

© REUTERS / Omar Sobhani
Over 120 Security Forces Killed in Taliban Attack in Afghanistan - Reports
US Special Representative for Afghanistan Reconciliation Zalmay Khalilzad on Monday confirmed that recent talks between the United States and the Taliban* in Qatar had made significant progress on vital issues.

In particular, Khalilzad told the New York Times that the two sides had reached an agreement in principle on a framework for a peace deal that would see foreign troops withdraw from Afghanistan over a period of 18 months. The agreement is yet to be signed, and the dates of its implementation reportedly remain unclear.

In December, the US-based media reported that the Trump Administration had planned to withdraw around 7,000 troops deployed in Afghanistan. The reports came in the wake of US President Donald Trump’s announcement regarding his intention to pull US troops out of Syria since, according to him, the Daesh terrorists had been defeated. However, the White House has dismissed the claims about Afghanistan, saying that Trump had no such plans.

© AP Photo / Allauddin Khan
Indian Army Chief Calls for ‘Unconditional’ India-Taliban Talks
Afghanistan has long been in a state of turmoil, with the government fighting the Taliban, which has been regularly launching offensives in the country's key big cities. The Taliban movement has been one of the major forces opposing Kabul in the latter's long-standing confrontation with various rebel and terror groups. The group managed to seize power in the middle of the 1990s before being overthrown in 2001, only to continue fighting the government as insurgents.

The situation has been exacerbated by the activities of the Daesh** terrorist group, which has been reportedly operating in Afghanistan since 2015.

There are currently around 14,000 US troops in Afghanistan, in addition to the around 16,000 servicemen from NATO and bloc's partner states.

**Daesh (ISIL/ISIS/Islamic State/IS), a terrorist group banned in Russia and in a wide number of other countries.

US 'Serious' About Promoting Peace in Afghanistan, Withdrawing Troops - Pompeo