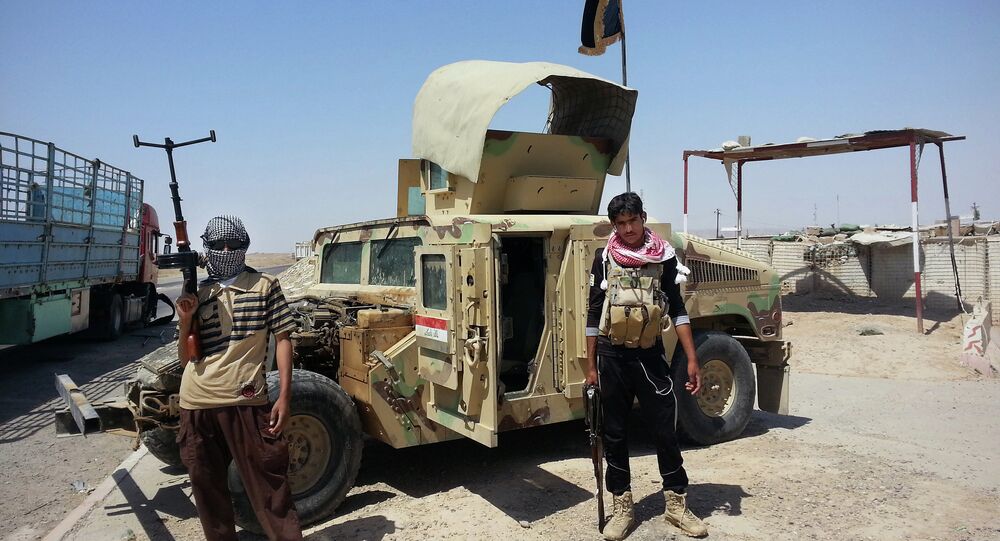 A lethal Taliban attack on an Afghan intelligence compound made use of a stolen Humvee to storm the compound’s gates and conduct a suicide bombing, illustrating how the US effort to arm counterterrorism forces ultimately provides weapons to terrorist groups.

The Monday attack featured a suicide bomber crashing into a training compound belonging to Afghanistan's intelligence service and Taliban fighters firing at the compound. Approximately 120 Afghan security forces have been reported dead, though the Washington Post notes Afghanistan's spy agency has not released casualty information.

The publication called it "by far the deadliest attack on any national intelligence target" based on preliminary casualty data.

The US military's sprawling Middle East campaign has often made use of local partners. When the US goes about arming said partners, time and time again, US-made equipment falls into the hands of Washington's adversaries. In 2015, then-Iraqi Prime Minister Haider al-Abadi admitted 2,300 US-supplied Humvees had been lost to Daesh, a loss that then-US Defense Secretary Ash Carter attributed to the terrorist group's superior numbers.

A year before that, the Special Inspector General for Afghanistan Reconstruction reported that the Pentagon "provided over 747,000 weapons and auxiliary equipment valued at approximately $626 million" to Afghan security forces. The special inspector general also found that a majority of the US-supplied weapons were probably untraceable in DoD's systems, Gawker reported.

Washington spent millions for US warplanes to obliterate stolen equipment in Iraq in 2014. In June 2018, US warplanes conducted a similar mission over Afghanistan, destroying approximately 40 Humvees possessed by terrorist groups.

The Taliban has used Humvees for suicide bombings before, carrying out two such attacks in three days in October 2017. Humvees are made by AM General LLC, a US manufacturer based in South Bend, Indiana.