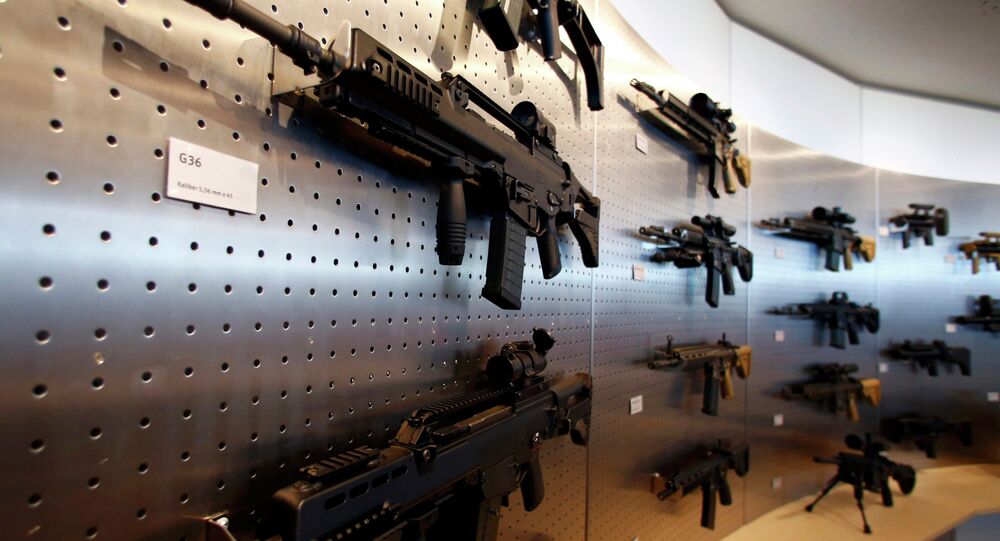 Angela Merkel’s cabinet stopped military supplies to Saudi Arabia and called on other countries to do the same following the murder of journalist Jamal Khashoggi at Riyadh’s consulate in Turkey.

One of Germany’s major arms manufacturers Rheinmetall has threatened the government with a multi-million lawsuit to compensate for their losses due to an arms embargo against Saudi Arabia, Der Spiegel reports. The weekly cites a company letter to the country’s Economy Ministry warning that they would file a complaint if the German authorities kept the ban in place.

According to the defence industry giant, their reasoning behind initiating the legal process was the government’s stalling of deliveries that had been approved by the Federal Security Council, for political reasons. In addition, the company’s management fears that shareholders could sue Rheinmetall if it does not demand compensation.

The ministry has refused to comment on the reported threat saying that "the protection of trade and business secrets has a special status". Rheinmetall’s spokesperson wanted to "neither confirm nor deny" the information.

Chancellor Angela Merkel decided to ban arms exports to Riyadh and stalled deliveries that had been authorised at the end of October following the murder of Saudi journalist Jamal Khashoggi. In January, the government extended the two-month embargo for yet another two months until March amid debates between the coalition partners, with the Social Democrats (SPD) pushing for an unlimited embargo and Merkel’s Christian Social Union (CDU) concerned over the future of the country’s arms industry.

According to the outlet, the current decision is not binding as the authorities have urged companies to stop arms exports. Only Rheinmetall has protested while most companies hoped that the crisis would eventually die down and did not want to confront the government in view of future deals. Der Spiegel, citing industry insiders, reports that the embargo has affected ready-to-go deliveries worth up to 2 billion euros ($2.27 billion).

In contrast to Merkel’s government, allies France and the US refused to follow to Germany’s example and halt sales.
The outlet reports that Germany’s demand to clarify the details of Khashoggi’s death has not been fulfilled. While Germany and the EU insist that the investigation into the murder and prosecution of the perpetrators should be transparent, the reports suggest that Riyadh wants to hold secret trials.

Washington Post columnist Khashoggi was killed in the Saudi Consulate in Istanbul upon entering to obtain marriage-related documents on 2 October 2018. After two weeks of denials, the Saudi authorities admitted that Khashoggi had been killed in the consulate and his body dismembered on consulate grounds.

Riyadh insists that the killing had nothing to do with the Saudi royal family and the kingdom's de facto ruler, Crown Prince Mohammed bin Salman, describing the murder as a rogue operation.