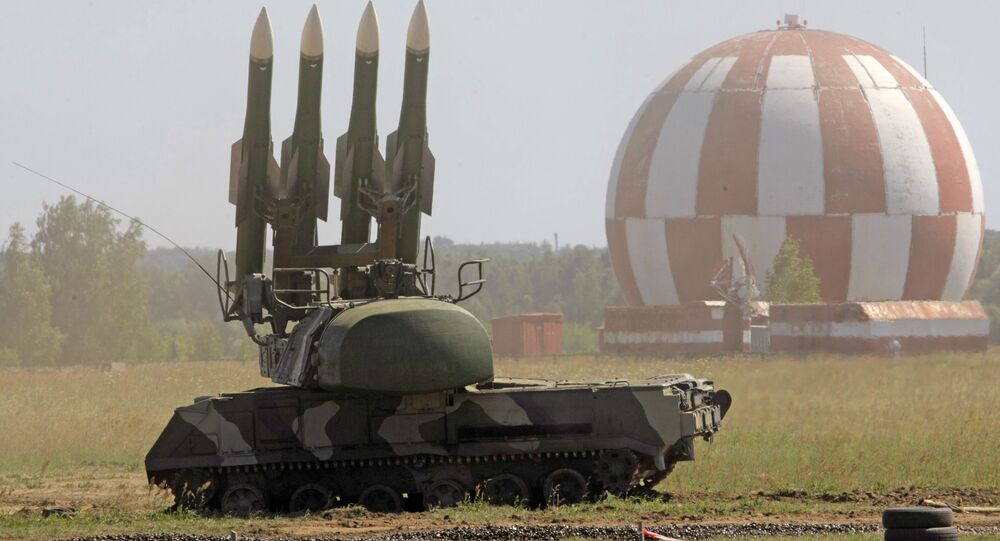 According to the Syrian Muraselon news outlet, Syrian Air Defense Forces on Sunday afternoon used the latest version of the Buk-M2 Air Defense Missile System to repulse the Israeli attack.

The Buk-M2 surface-to-air missile system provides long range and high accuracy to ward off enemy attacks, according to Muraselon.

© Sputnik / Dmitriy Vinogradov
Coalition Denies US Coordinated Drone Attack on Russian Airbase in Syria - Spokesman
Later a Russian military spokesman confirmed that Syrian air defences had repulsed the Israeli attack, which was aimed at the Damascus International Airport, southwest of the Syrian capital.