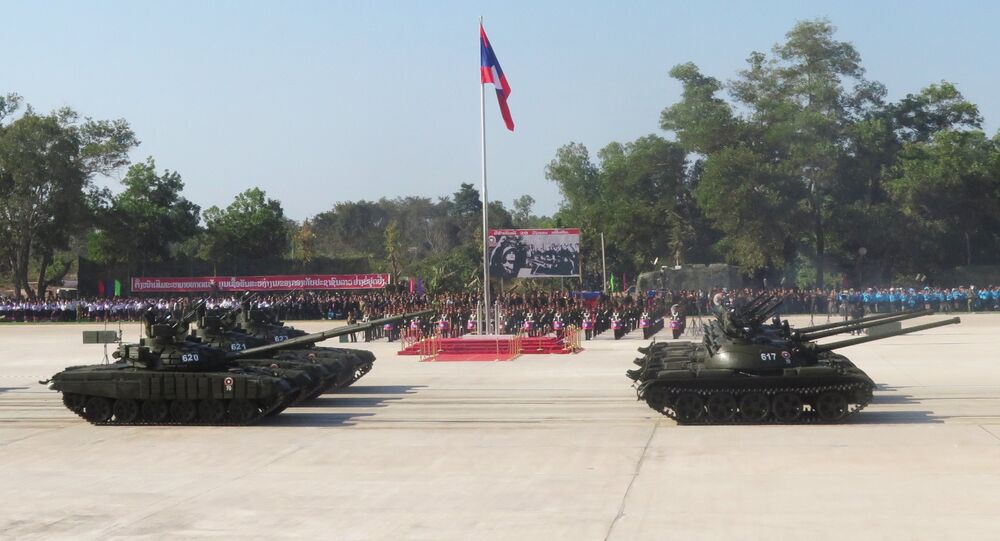 A major military parade was held in Vientiane on Sunday to mark the 70th anniversary of the founding of the Lao People's Army.

New Russian equipment recently adapted by the Laotian armed forces was displayed during the parade, the Russian Defence Ministry has said in a statement.

Among the equipment were modernized T-72 tanks and BRDM-2M armoured cars.

Russia is providing Laos with weapons and other military equipment in accordance with an agreement on military-technical assistance reached in January 2018, when Defence Minister Sergei Shoigu traveled to the country for talks with senior officials. In addition to armaments, the agreement allows for Laotian military personnel to be trained at Russian military schools, and for the Russia to provide specialists serving as advisors to assist in building the Southeast Asian country's defensive capabilities.

© CC BY 2.0 / Felix Nagel (using Albums) / Laos
Russian Sappers Departing for Laos to Clear Country of US Bombs – Reports
Good relations between Vientiane and Moscow go back to the Soviet period, when the two countries established close ties as part of the Cold War confrontation with the US and its regional allies. Relations began warming again in the mid-2010s.

Earlier this year, Laos returned some 30 WWII-era T-34 tanks to Russia for use in historical parades and as film props. The old but sturdy tanks had remained in service with the Laotian military almost three quarters of a century after the end of the Second World War until they were retired.