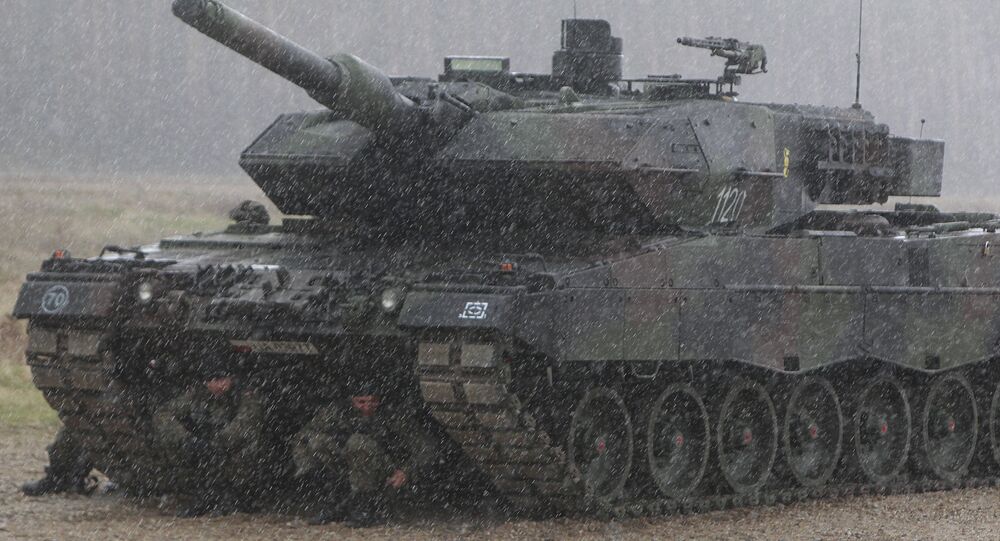 © AP Photo / Geert Vanden Wijngaert
US Exiting NATO May Not Be So Bad - American University Prof.

Describing NATO as an "emotional bond" between Europe and the US, the top Berlin military official appealed for a continuation of the alliance, now seen as being under threat of dissolution after 70 years, particularly at the hands of an acrimonious US president, Donald Trump, according to the New York Times.

Trump has made it a point to doubt the utility of US membership in the bloc, describing NATO as a Cold War relic and "obsolete," according to USA Today.

Von der Leyen instead beseeched members to support the alliance, asking nations to increase support and to recognize its importance, according to the New York Times.

NATO is an "irreplaceable building block for an international order that favors freedom and peace," she wrote, adding that terror threats — including those posed by Daesh — are limited as long as the bloc remains in power.

"Maybe the most basic benefit of NATO is that it provides reliability in an unreliable world," she added, cited by Nytimes.com.

In making what many suggested was a deeply personal plea for NATO, von der Leyen stated that the military bloc "represents a special, even emotional bond between the American and European continents."