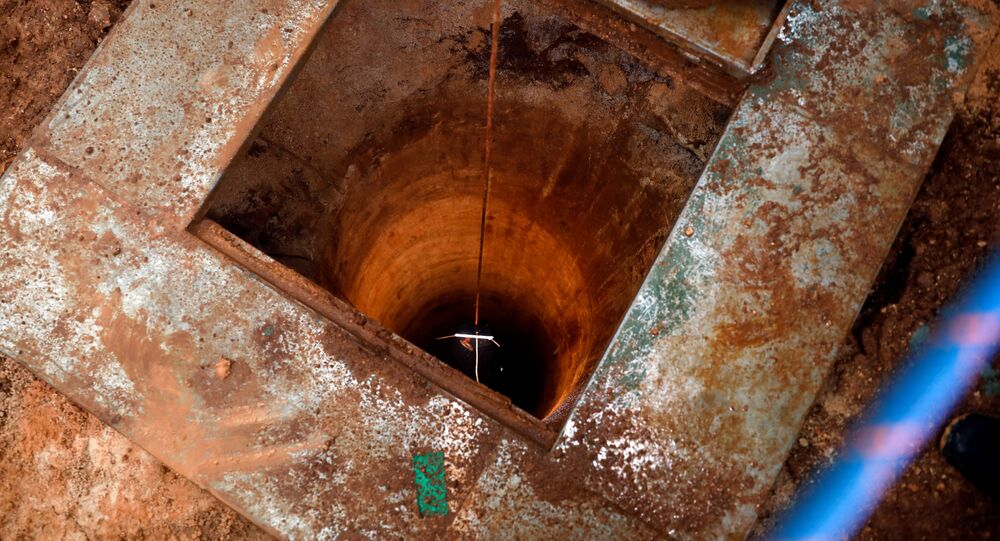 Though it was only in December 2018 that Israel initiated an operation to find and destroy all of them.

Before the 2006 war started, despite claims by Israel's military that the construction only started a few years ago, according to a report by i24 News citing the Channel 13 news network.

The report says then-head of the Israel Defence Forces' (IDF) Northern Command Benny Gantz was informed about the inception of the tunnels by his advisor Col. Yossi Langotsky back in 2005. However, the military apparently neglected the warning at the time.

© AP Photo / Bilal Hussein
Over 50,000 Syrian Refugees in Lebanon Jeopardized by Storm Norma - UNHCR
In December 2018, the Israeli military announced Operation Northern Shield, aimed at discovering and destroying Hezbollah's tunnels. Earlier in January, the Israeli military reported that six tunnels had been destroyed, and the operation was deemed a success.

IDF Spokesman Brig. Gen. Ronen Manelis made the announcement about the destruction of tunnels January 13, but he also acknowledged that there is still "more work to be done to uncover and neutralise [the tunnels]".

Both Israel and the United Nations consider the tunnels a violation of UN Resolution 1701, adopted to end Israel's 2006 war with Hezbollah. The tunnel issue has ramped up tensions between Israel and its northern neighbour, and prospects of a new armed conflict are looming at a time when Tel Aviv is scrambling to convince Shia Muslim states to take its side to counter Iranian influence in the region.

Since 2006, Hezbollah has strengthened its military capabilities significantly and accumulated an estimated arsenal of some 100,000 to 120,000 short- and medium-range missiles and rockets, as well as several hundred long-range missiles, i24 News reports.

The IDF has not yet commented on the report.