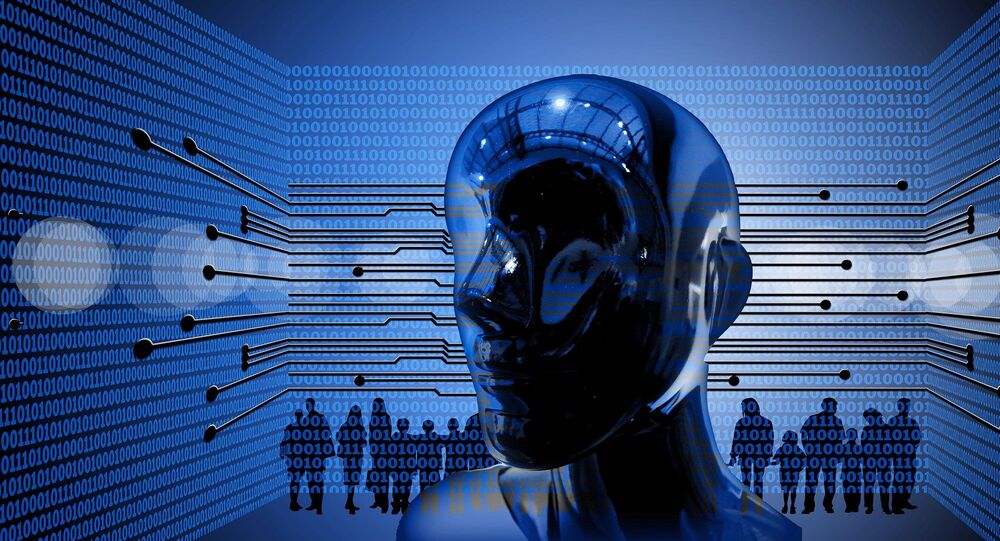 The world's major militaries have devoted considerable resources to the creation of artificial intelligence systems, whether for incorporation into human-controlled weapons or as separate, independently operating systems.

The United States Army is committed to incorporating AI into weapons systems, assistant secretary of the Army for acquisition, logistics and technology Bruce Jette has confirmed.

"AI is critically important," Jette said, speaking to reporters on Thursday, The Army Times has reported. "There are AI efforts ongoing, it's just that we need to organise for combat, so to speak," he added.

© CC0
US Navy Aims to Track Enemy Subs With Gene-Modified Marine Organisms
Acknowledging public safety concerns about the prospects of artificial intelligence controlling weapons systems, the official noted that there are "some constraints" about what the army is "allowed to do with AI".

However, these constraints only threaten the US's ability to develop AI systems for military use, Jette hinted. "Here's your problem: If I can't get AI involved with being able to properly manage weapons systems and firing sequences, then in the long run I lose the time window", he complained.

"An example is let's say you fire a bunch of artillery at me, and I need to fire at them, and you require a man in the loop for every one of those shots. There's not enough men to put in the loop to get them done fast enough. So, there's no way to counter those types of shots. So how do we put AI hardware and architecture but do proper policy? Those are some of the wrestling matches we're dealing with right now," Jette said, seemingly indicating that the US Army is lobbying to have the policy changed.

According to Jette, the "threat environment" in modern combat conditions has changed and "become more complicated. It's not just tactical ballistic missiles or jets or helicopters. Now we've got UAVs, we've got swarms, we've got cruise missiles, we've got rockets, artillery, mortar. I've got to find a way to integrate all of this."

© AP Photo / Carolyn Kaster
Microsoft President: We’ll Give Pentagon ‘All the Technology We Create’ (VIDEO)
At the moment, Jette said, the US is already in a position "to put artificially intelligence in the backside" of air defence systems "to optimise against the threat that we see in the aggregate".

The military forces of numerous countries around the world, including the US, Russia, India, Japan and the UK are actively pursuing the use of artificial intelligence for military applications, including battlefield robots and drones, AI-augmented exoskeletons, AI translators and computer systems for use aboard aircraft. The use of AI in weapons has sparked a host of moral, ethical and legal concerns. In August 2017, over 100 robotics and artificial intelligence pioneers wrote an open letter to the UN urging a ban on autonomous AI-based weapons systems, saying such weapons, which they called a "Pandora's box," could spark a new arms race, or something even worse.