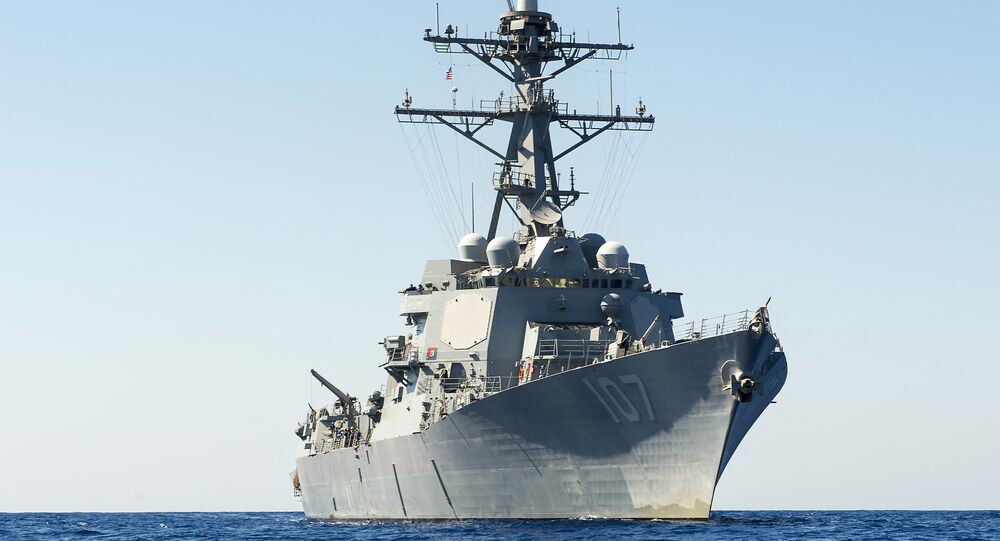 The US and NATO have significantly expanded their presence in Northern and Eastern Europe in recent months, deploying troops, aircraft, and warships to the area on a rotational or permanent basis, and increasing the number of drills and spy plane flybys in the area amid tensions with Russia.

The USS Gravely destroyer was spotted on Thursday passing through the Danish straits and approaching the Baltic sea, according to social media reports citing online maritime monitoring software.

Also on Thursday, the US Navy's official website published a photo of the destroyer pulling into Copenhagen, Denmark, with the accompanying caption saying the ship was there "for a scheduled port visit."

​The destroyer, capable of carrying a complement of up to 56 Tomahawk missiles, which have an effective strike range of 1,600 km, is also equipped with the Aegis missile-based air defence system. The vessel is currently the flagship of NATO's Standing Maritime Group 1 in the US 6th Fleet's area of operations, which includes Europe and Africa. The ship left its base in Norfolk, Virginia on December 28.

Earlier, the US Navy published a photo of the USS Gravely transiting through the North Sea:

The Arleigh Burke-class destroyer has a sour history around Russian ships. In June 2016, the USS Gravely had a close encounter with Russian Navy frigate Yaroslav Mudriy in international waters in the Mediterranean Sea while escorting a US carrier group, coming dangerously close to the Russian vessel. Russian officials described the USS Gravely's actions as a "deliberate provocation." The US Navy denied that the ship had engaged in any dangerous behaviour, and accused the Russian frigate of acting in an "unprofessional" manner.

This story was updated — the headline was changed to reflect the fact that the ship approached rather than entered the Baltic sea and pulled into Copenhagen.