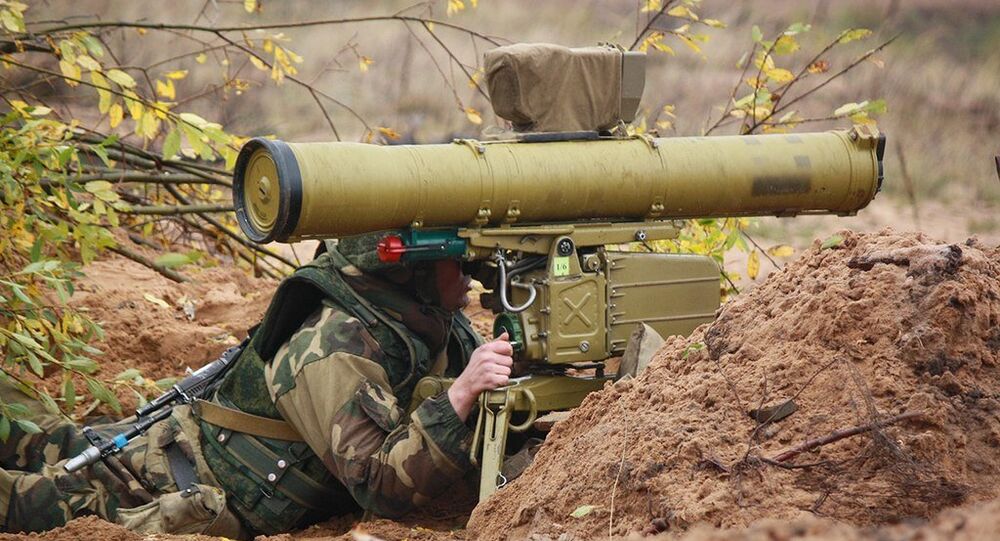 Russia and India had signed a $225 million contract to supply about 10,000 Konkurs anti-tank missiles to the Indian Armed Forces in 2012. Konkurs are partially produced in India under Russian license.

New Delhi (Sputnik) — India's state-owned Bharat Dynamics Limited (BDL) has signed a contract worth $110 million with the Indian Army for the production and supply of Konkurs Anti-Tank Guided Missiles (ATGM) and Launchers. The contract was signed on Tuesday by V Gurudatta Prasad, Director of production at BDL in New Delhi.

"The missiles and launchers will be manufactured under continued technical collaboration with Russia at the Bhanur unit of BDL in Telangana State," a statement issued by BDL said.

BDL has been producing Konkurs ATGMs under Russian license at the Bhanur facility. The missiles have been upgraded with a tandem warhead.

The order for the missiles is considered as a stopgap measure to quickly address the capability gap of around 68,000 anti-tank guided missiles of various types. This gap is around 60% short of authorised capacity. However, a defence source told Sputnik that the second-generation Konkurs lacks night fighting capabilities.