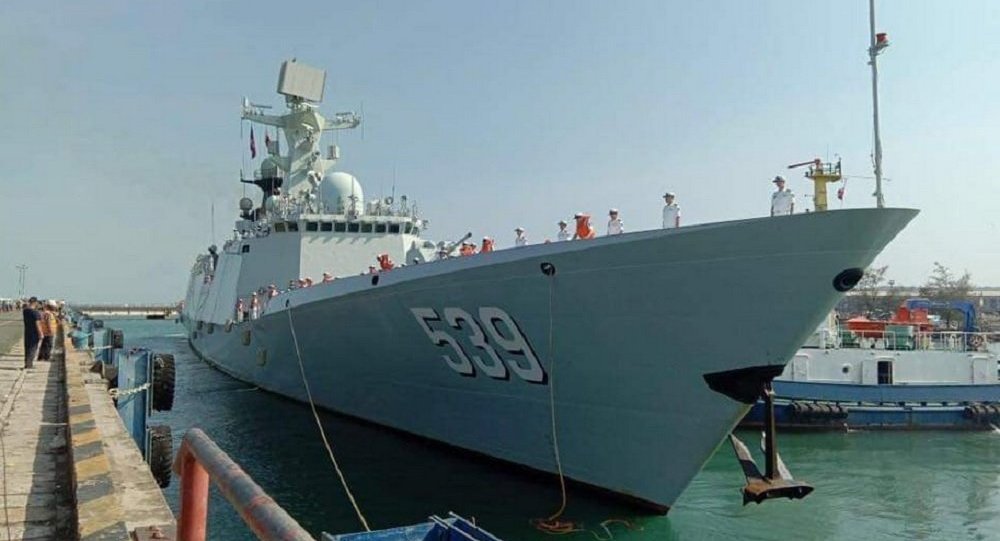 Last month, Phnom Penh denied reports that China was planning to build a naval base in the country following media reports of Beijing actively lobbying the south Asian nation to set up a military facility in the country since 2017.

"The goal of the visit is to boost ties and military cooperation, especially between the navies from both countries," the spokesman said.

The warships, belonging to the People's Liberation Army Navy's Northern Theatre Command, include the Wuhu and Handan, a pair of 4,050 tonne Type 054A guided missile frigates, as well as the Dongpinghu, a hulking 20,500 tonne resupply vessel. 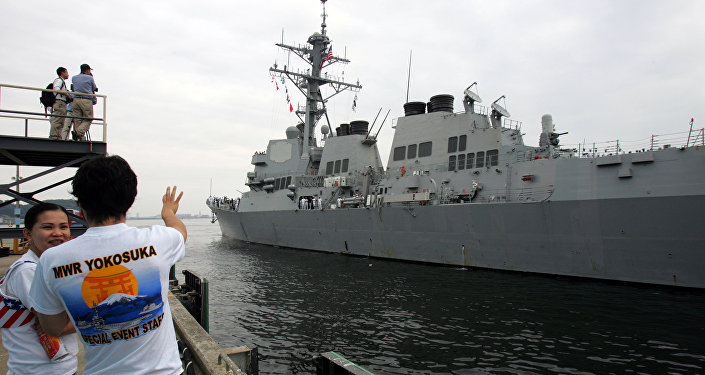 © AP Photo / Koji Sasahara
China Lodges ‘Stern' Warning Over US Warship in S China Sea - Reports
The visit is expected to include meetings between a Chinese Navy delegation and Cambodian commanders, including Defence Minister Tea Banh, before wrapping up on January 12.

No joint military drills are expected. However, the visit will include the celebration of the opening of a new Cambodian naval outpost on the nearby Koh Rong Island.

Earlier, Cambodian Navy Deputy Commander Tea Sokha said he wasn't sure whether the ships would return directly to China or continue onwards to Thailand or Vietnam.

China has invested the equivalent of billions of dollars into Cambodia's economy, including the Sihanoukville Port, a strategic deep water port situated about 185 km southwest of the capital of Phnom Penh.

© AP Photo / Xinhua
China Unveils Footage of Own ‘Mother of All Bombs’ Dropped by H-6K Jet - Reports
Last month, Cambodian Prime Minister Hun Sen addressed rumours that China wanted to build a naval base in Koh Kong in the Gulf of Thailand, calling the rumours "fake news" and stressing that Cambodia's constitution "does not allow any country to set up military bases" in the country.

Ties between Phnom Penh and Washington declined dramatically in 2017 after the Cambodian government accused the US of interfering in the country's internal affairs. The spat prompted the Asian country to suspend military cooperation with the US.

Tensions between Washington and Beijing have also escalated in recent years amid a growing number of US naval 'freedom of navigation' missions in the South China Sea, and Chinese efforts to beef up their military presence in territories over which several Asian powers have overlapping claims to. The tensions have prompted both countries to make an effort to woo regional powers to their respective side.