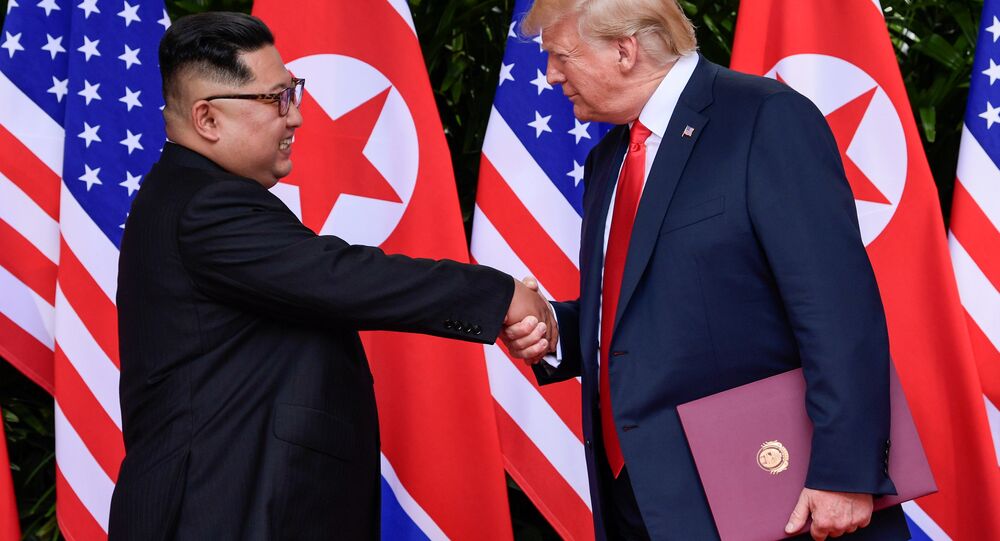 US State Department and North Korean officials have met multiple times in Hanoi, Vietnam, to discuss the location of the next summit between US President Donald Trump and North Korean leader Kim Jong Un, according to anonymous diplomatic sources in Seoul and Washington.

According to Reuters, which cited South Korean newspaper Munhwa Ilbo Monday, officials have met multiple times in the Vietnamese capital city, suggesting that Vietnam could be the location for a second Trump-Kim summit.

On Sunday, Trump told reporters outside the White House that the US is "negotiating a location" for another summit with Kim, whom Trump claims he has talked to "indirectly."

Trump also noted that the US has a "very good dialogue with North Korea."

In a nationally televised New Year's speech, Kim said he wanted to improve relations with the US. However, he also noted that if Washington continues to enforce sanctions, Pyongyang will have "no other choice but take a different path." In particular, Kim urged Washington not to deploy strategic weapons to South Korea and not to conduct drills aimed against Pyongyang.

During the historic Kim-Trump Singapore summit in June 2018, the two leaders agreed that North Korea would make efforts to promote the complete denuclearization of the Korean Peninsula in exchange for the United States and South Korea freezing their military drills as well as the potential removal of US sanctions.

Only US Representatives Visited Whelan Detained for Espionage in Russia - Moscow