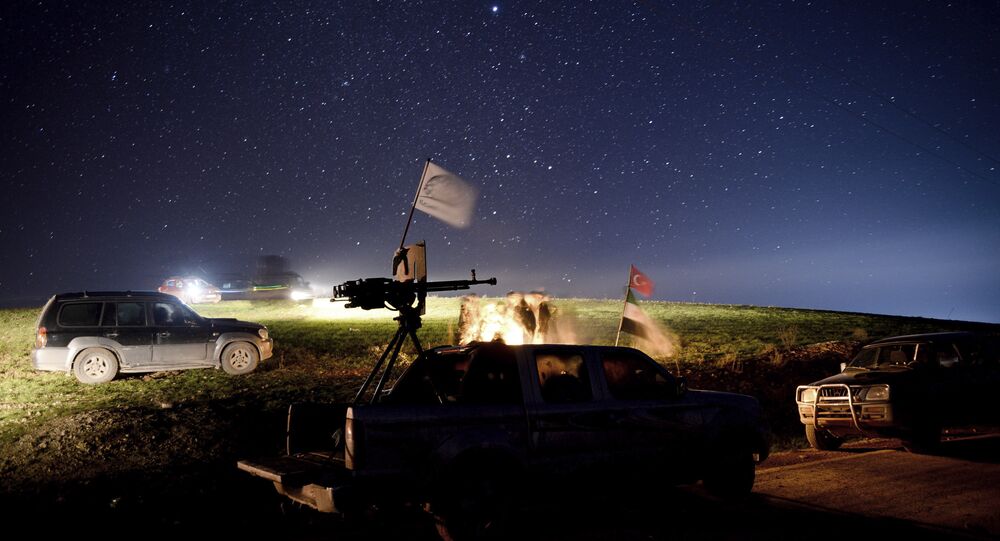 Pompeo will travel to the Middle East next week in an attempt to smooth fears following widespread confusion over Trump’s intentions in Syria.

© Sputnik
Is Trump Really Withdrawing US Troops From Syria?
Amid confusion over the regularly changing foreign policies of US President Donald Trump, the office of Secretary of State Mike Pompeo has announced that the latter will tour America's Middle Eastern allies in a bid to clarify in person the president's often murky remarks on the region.

The junket, planned from January 8-15, will see Pompeo in Egypt, Kuwait, Jordan, the United Arab Emirates, Bahrain, Saudi Arabia, Qatar and Oman. Iraq is said to be on the list, although no confirmation has been made by the state department due to security concerns, according to Politico.

Announced on Friday, the hastily-organized tour follows deep uncertainty among US allies in the region after a sudden Trump avowal for a swift military troop withdrawal from Syria was followed by another conflicting declaration by the president that the process would be "slow" and "careful."

© AP Photo / Hammurabi's Justice News
Some US Troops Could Remain in South Syria After Pullout - Reports
Pompeo's visit will coincide with rising political opposition on Capitol Hill — particularly within the newly-Democratic House of Representatives — to the ongoing war and humanitarian crisis in Yemen at the hands of Saudi Arabia and a handful of other Middle Eastern states.

Pompeo will also visit Israel and Turkey, following in the footsteps of Trump national security adviser John Bolton, who will arrive in the area Friday. Bolton is expected to engage in political damage control over Trump's conflicting Syria pullout remarks, according to Politico.

While in the Egyptian capital of Cairo, the US secretary of state is expected to deliver a speech about America's "commitment to peace, prosperity, stability, and security in the Middle East," according to the state department, cited by Time.com.

© AP Photo / Andrew Harnik
'Trump Plunging Country Into Chaos': GOP, Dems Slam Trump for Mattis Resignation
In December, Trump stunned advisors and military brass with an unplanned announcement that the Pentagon would quickly withdraw the estimated 2,000 American troops currently deployed to Syria, triggering an instant bipartisan backlash that resulted in the resignation of US Secretary of Defense James Mattis.

Trump and his advisors were forced to backpedal the sudden Syria pullout declaration, stating that a more considered plan would be created and explaining the new position as a method by which Daesh could be kept scattered and weak and that Kurdish allies fighting alongside the US would not be left unsupported.

A senior State Department official said on Friday that the US had no official timeline to match Trump's unscheduled remarks on the Syria pullout.

"We have no timeline for our military forces to withdraw from Syria," an unnamed official confirmed in a telephone news briefing, cited by Politico.

"It will be done a deliberate, coordinated way," as a means of keeping pressure on Daesh, it was reported.

US State Department officials noted that during the course of Pompeo's lengthy Middle Eastern visit, the top official will likely "speak about America as a force for good in the region," cited by the Washington Post.