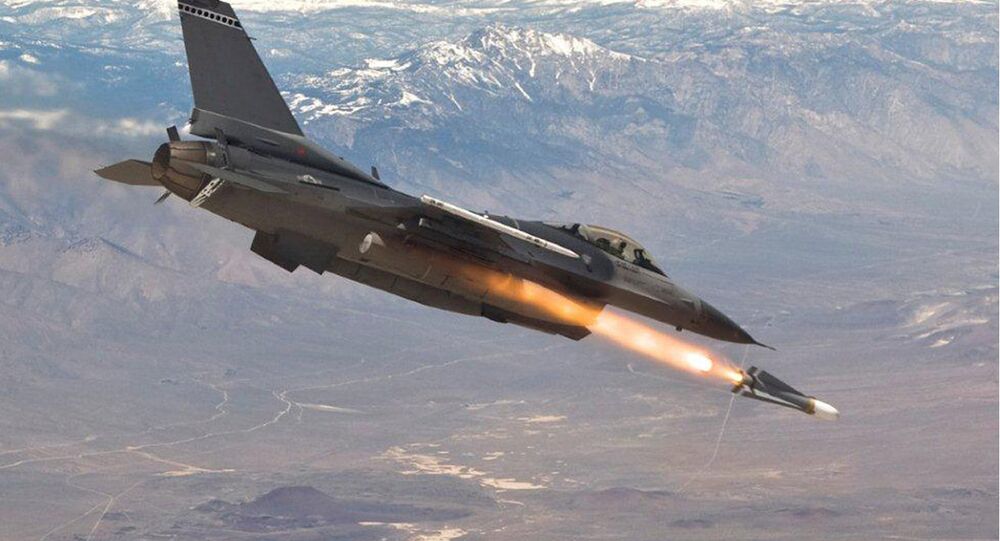 The country’s government announced recently that they recommended replacing its existing air fleet of MiG-29s with jets by Lockheed Martin. They picked them over a bid by Sweden with its newly-made Gripens and Italy’s used Eurofighters, despite exceeding the planned budget.

President Rumen Radev has strongly criticised the tender process, which resulted in the recommendation to negotiate with the US to purchase F-16 fighters for the Bulgarian Air Force.

The country’s Defence Ministry announced that the committee, exploring this bid along with the offers by Sweden and Italy, opted for the US jets on 21 December, although this offer exceeds the planned budget. According to the ministry, a discount can be negotiated in direct government-to-government talks; however, they still asked the government to seek parliament's approval for a higher budget.

Radev, who is a former Air Force commander and fighter pilot, said both Bulgarian Prime Minister Boyko Borissov and parliamentary leader from the governing GERB party, Tsvetan Tsvetanov, had predetermined the choice, praising the US jets, the Sofia Globe reports.

“It was a triumph of lobbyism. I do not want to defend one or another type of aircraft – for me, all three are wonderful, I flew them and against them. But unlike other people, I defend that the process should be transparent, open and objective. There are two types of choices – the first is when the government says that it will bet on a strategic partnership and pick an aircraft from country X without being interested in details. But this requires political courage and above all a responsibility that is not inherent to our government”, Radev said in an interview with Sofia’s Darik Radio.

He criticised the predisposition that the US would comment on the conditions only after negotiations kick off, which would mean the Parliament is to approve the deal in the dark.

The Bulgarian president also pointed out that the F-16 would be the most expensive option, entailing a change in the terms of the purchase, the Bulgarian government outlined earlier. The first delivery of 8 jets could be fulfilled in 6 years despite a 2-year-deadline, so the military would still have to invest in the MiG-29s, the Bulgarian fleet now operates.

The Swedish Defence Materiel Administration (FMV) echoed Radev, expressing “great disappointment and concern” over the decision to recommend purchasing F-16s instead of its Gripen. Head of export and international operations Joakim Wallin pointed out that their offer was “significantly below” the designated budget, “thus leaving a substantial reserve for the purchase of weapons and equipment, including those for which US licences are sought” and fell in line with the precise tender criteria. Incidentally, in 2017 the committee also ranked the Swedish bid as the best.

The air fleet’s modernisation is a part of a two-stage plan to improve Bulgaria's compliance with NATO standards, according to Reuters. Bulgaria has approved a plan to spend around $1 billion on purchasing at least eight fighters for its Air Force. It planned to purchase 16 fighter jets to replace the existing MiG-29s. Apart from offers from the US for Lockheed Martin F-16s and Gripen jets from Sweden, the Defence Ministry of Bulgaria considered second-hand Eurofighters from Italy.

The latest announcement was preceded by a telephone conversation between US Secretary of State Mike Pompeo and Prime Minister Boyko Borissov on December 18, and a visit by Pompeo’s deputy to Bulgaria. Pompeo also publicly voiced commitment to cooperate with Bulgaria on the matter.

“The United States is committed to working with the Bulgarian government to tailor the final scope of a potential F-16 sale to fit its budgetary and operational requirements, while still offering superior capabilities”, his statement from 20 December reads.