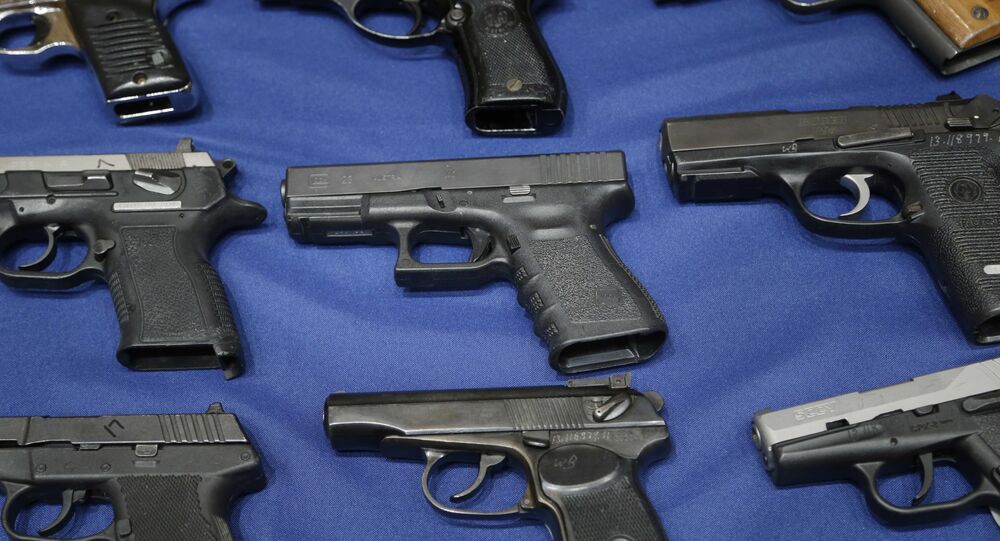 Weapons that came to Libya from Turkey have been disavowed by Ankara.

Turkey and Libya have begun a joint investigation into a mysterious arms shipment intercepted on Tuesday in the Khoms port, 100 km east of Tripoli.

The shipment reportedly contained 3,000 Turkish-made handguns, as well as other handguns, hunting rifles and ammunition, according to Benghazi's Benina airport customs services statement.

A day earlier, a cargo of 2.5 million Turkish-made bullets was seized at the same port, Reuters reported.

© REUTERS / Ismail Zitouny
Tens of Thousands of Refugees Across Libya Facing 'Horrific' Abuses - UN Report
Both the Tripoli-based Government of National Accord and its rival government of Khalifa Haftar condemned the recent weapons shipment and demanded an explanation.

Turkish Foreign Minister Mevlut Cavusoglu denied Ankara's involvement in the arms shipment, asserting that the actions "do not represent the policy or approach of the Turkish state."

"We are going to take firm measures on this subject," Cavusoglu said during a joint press conference with his Libyan counterpart in Tripoli on Saturday.

"We are starting an investigation to determine how the arms were loaded into containers and how they entered Libya."

Libya has been under a UN arms embargo since 2011, after a NATO intervention led to the assassination of the nation's long-time leader Muammar Gaddafi, plunging the country into a state of chaos and anarchy.

Despite the embargo, UN experts have documented deliveries of weapons from various nations, including Sudan, Egypt, Turkey and United Arab Emirates, according to the AFP.