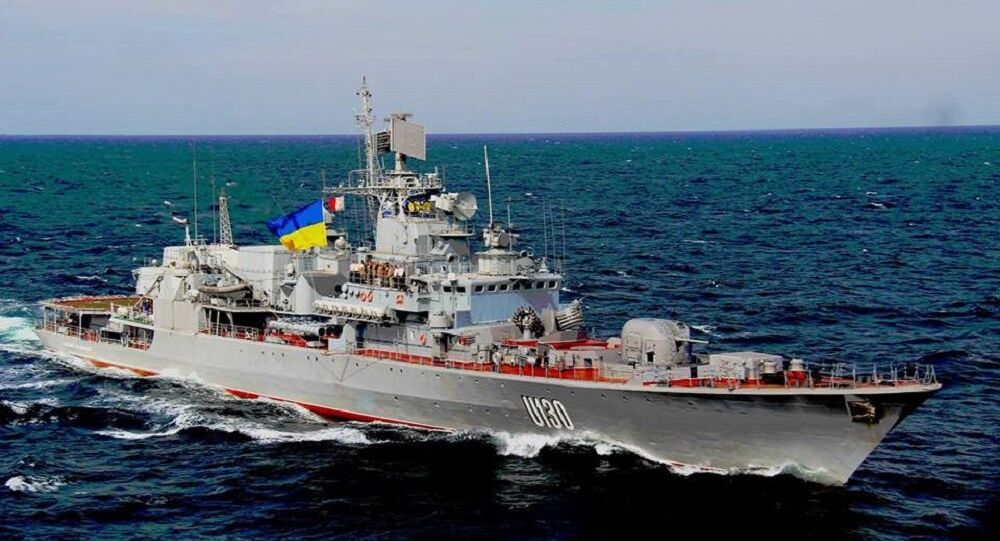 WASHINGTON (Sputnik) - The United States is providing Kiev with additional funding to build up its navy in light of the Kerch strait incident, the State Department said in a press release.

"In response to Russia’s dangerous escalation and unjustified November 25 attack on three Ukrainian naval vessels near the Kerch Strait, the Department of State, subject to Congressional approval, will provide an additional $10 million in Foreign Military Financing to further build Ukraine’s naval capabilities," the release said on Friday.

Nikolay Lazarenko/President of the Ukraine Press-Service
US 'Has to Babysit Poroshenko' Since Too Much Money Was Put in Ukraine - Kremlin
Russian officials have said Ukrainian naval ships and their crews were detained by Russian border guards for illegally crossing the Russian maritime border and failing to respond to multiple lawful demands to stop.

Following the incident, Poroshenko signed a decree declaring martial law in several Ukrainian regions located near the Russian border. Putin has said that the incident was a provocation prepared in advance as a pretext to introduce martial law, suspending voting rights, ahead of Ukraine's presidential election since Poroshenko’s popularity ahead of the vote was low.