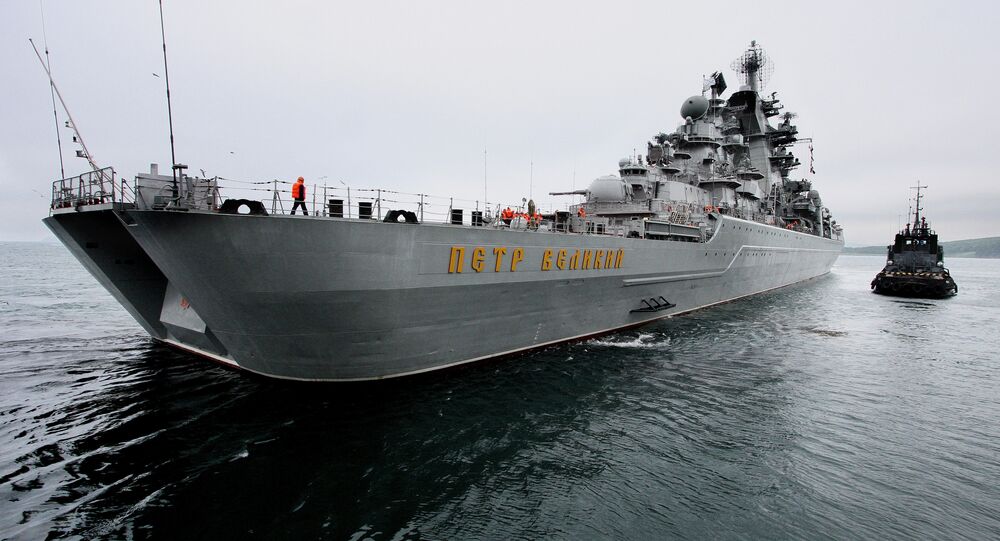 During the drills, the crew of the biggest non-aircraft carrier vessel in the world also practiced manoeuvring and torpedo evasion, in addition to firing torpedoes.

The Russian Defence Ministry has published footage of the heavy nuclear battlecruiser Pyotr Velikiy (named after Russian Emperor Peter the Great), the flagship of the Northern Fleet, conducting firing drills in the Barents Sea. The battlecruiser launched several RPK-6 Vodopad (NATO reporting name SS-N-16 Stallion) missiles at a submarine, which was also taking part in the drills.

Both vessels were tasked with finding each other in the designated region of the Barents Sea, conducting evasive manoeuvres and firing at each other. The video shows a Vodopad torpedo-missile dropping into the water after being fired from the battlecruiser and then emerging from the sea into the sky as its rocket engine initiated.

The RPK-6 Vodopad torpedo was designed to strike enemy ships and submarines up to 50 kilometres away. Vodopad can carry either an ordinary torpedo, which drops into the water close to its target, or a nuclear warhead. The RPK-6 can be used both by submarines and surface vessels. The latter launch the projectile into the water, where it begins as if it were launched from a submarine.