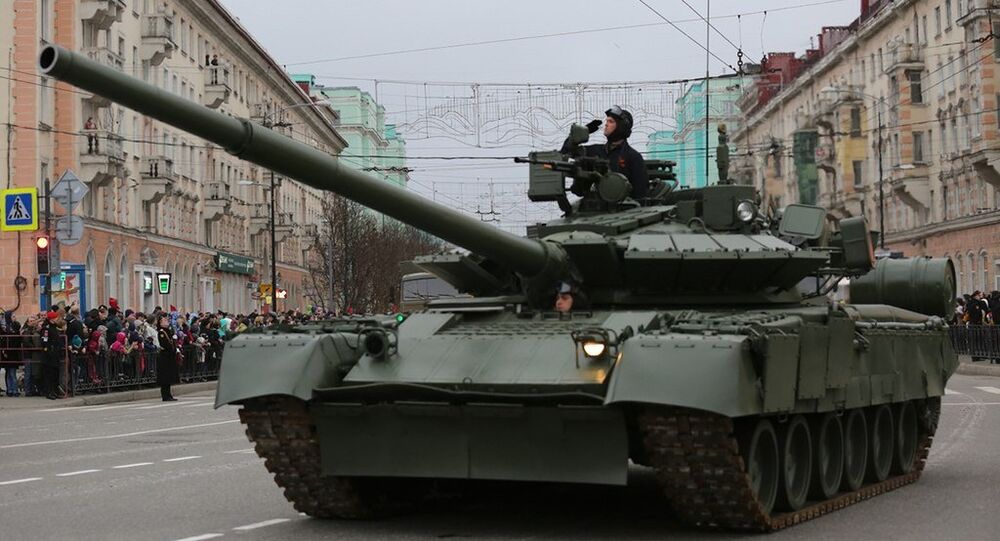 The modernisation of the tank, last upgraded in 1985, has allowed it to be armed with kinetic energy anti-tank rounds made of depleted uranium. The latter increases the density of the round's material, making it more effective against steel armour.

The Russian Defence Ministry has published specifications for the latest model of Russia's T-80 tank (named T-80BVM) developed in 2017. It turned out that the tank has received a new auto-loader, allowing it to use new anti-tank ammo: Svinets-1 and Svinets-2 740 mm rounds. Although little is known about these rounds, reports suggest that one of them is made of an alloy, based on depleted uranium.

Depleted uranium is generally used in kinetic energy penetrator anti-tank rounds to make them sturdier and give them more armour-piercing capability due to increased density of the material. Such rounds are not forbidden by any international convention, and their usage has been deemed relatively harmless since radioactive emissions from such rounds is minimal due to depleted uranium's significant half-life.

T-80BVM is the latest modification of the T-80 tank, which was initially developed in 1976. This version of the Russian light tank received top-tier "Relikt" explosive reactive armour, improved Sosna-U gunner sight (which is also used in Russian T-90s) and upgrades to various systems, including the engine.

T-14 Armata: The Russian Tank That Changed the Arms Market