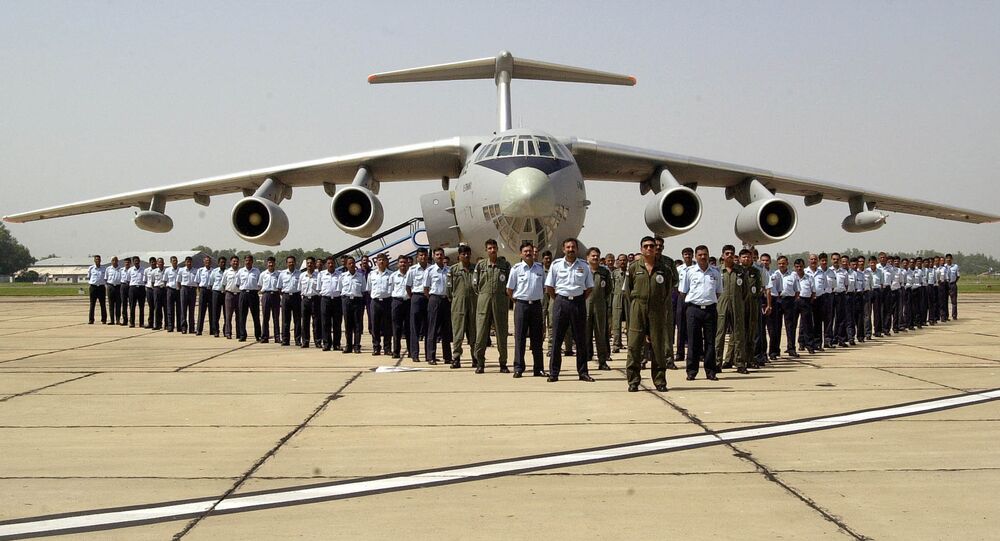 The Indian Air Force (IAF) chief was speaking during an interaction with the participating forces of the ongoing Ex AVIAINDRA event, which seeks to improve cooperation between the force and the Russian Aerospace Forces (VKS).

"Ex AVIAINDRA is testimony of the Indo-Russian Military relationship and will enhance mutual cooperation and understanding between [the] IAF and VKS," a statement issued by the Indian Air Force reads.

Air Chief Marshal Dhanoa spoke about the longstanding military partnership between the two forces and the common equipment that both nations operate and utilise; most of the assets of the Indian Air Force are of Russian origin.

In October, the air force chief said that the S-400 system that is to be procured from Russia will be boost India's defence capabilities.

© AP Photo / Aijaz Rahi
Indian Air Force Holds Simultaneous Joint Exercise With US, Russian Counterparts
The exercise, which is the second edition of AVIAINDRA, is aimed at exposing VKS and IAF pilots to single and multi-aircraft missions in counter-terrorism scenarios.

Some 30 VKS personnel are taking part in the drills and are currently camping in India.

The exercise, which is believed to involve some 30 fighter aircraft, will continue until December 21.

Meanwhile, Air Chief Marshal BS Dhanoa also emphasised the importance of the recently launched GSLV-7A satellite and said that it will enhance the networking and communication capabilities of the air force.

"We have several platforms which have capabilities of communication through satellite. The communication to the platform through the satellite will be made possible with this launch," Dhanoa told reporters after interacting with contingents of the two nations.