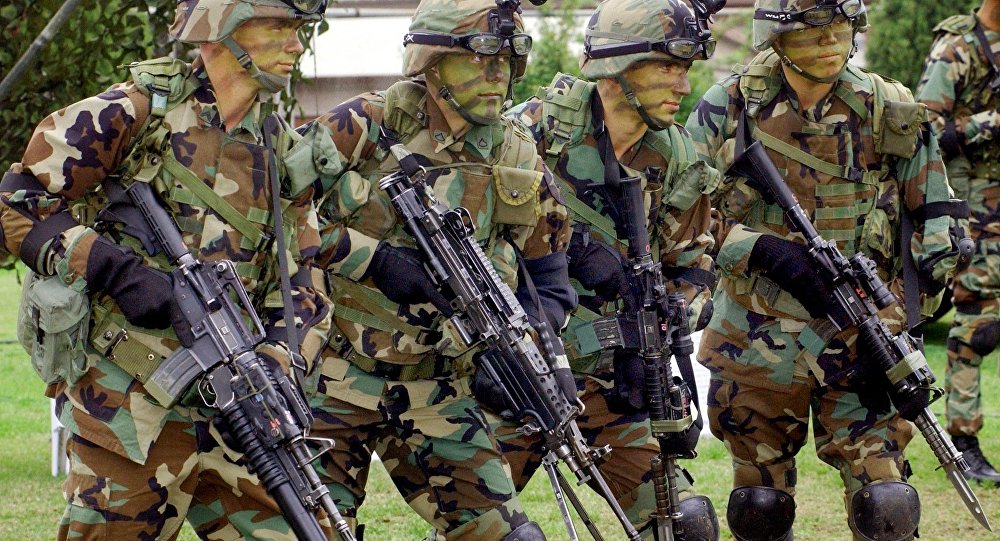 Hacked? US Military Network in South Korea Bouncing Back From Outage

The US military has disclosed that a computer network in South Korea is nearly back to 100 percent working order after an outage took the network down, Stars and Stripes reported Wednesday.

Military officials are predictably mum about the cause of the system failure, which targeted places the US military designates Area 1 and Area 2, Stars and Stripes noted, adding that the area encompasses Seoul and a part of the border with North Korea.

"Due to the sensitive nature of the network and to maintain cybersecurity, no further information can be provided," Yongsan garrison spokesman Wes Hayes told Stripe.

Technicians from the 1st Signal Brigade have largely restored the network, which is currently operating at "90 percent" functionality, said Hayes.

A source speaking on the condition of anonymity told Stripes that the outage started two weeks ago, and the network was offline for six full days. Media reports didn't specify what the purpose of the network was or the risks associated with failure. The brigade that has revived the network, though, is a military communications unit. The timeframe during which the computer network was down hasn't been publicly disclosed.

The news of the computer system's failure arrives at a time when US officials are sounding the alarm about the frequency and intensity of Chinese cyber espionage campaigns.

The Wall Street Journal reported December 14 that Chinese hackers had penetrated the computer systems of several US Navy contractors of various sizes, where they were able to steal "high sensitive, classified information about advanced military technology."

The Trump administration has expanded the military's authority to conduct offensive cyber operations following comments by Pentagon brass that purely defensive maneuvers are inadequate. US Special Operations Commander Gen. Raymond A. Thomas III said "exploitation must be the mindset" while discussing cyber issues at a forum hosted by Association of the US Army last December. The general noted "the limiting factor for cyber effectiveness continues to revolve around policy and process."

In September, White House National Security Adviser John Bolton announced a new cyber policy with fewer restrictions for conducting offensive cyber operations. "For any nation taking cyber activity against the United States, they should expect… we will respond offensively as well as defensively," Bolton said during a conference call with reporters.