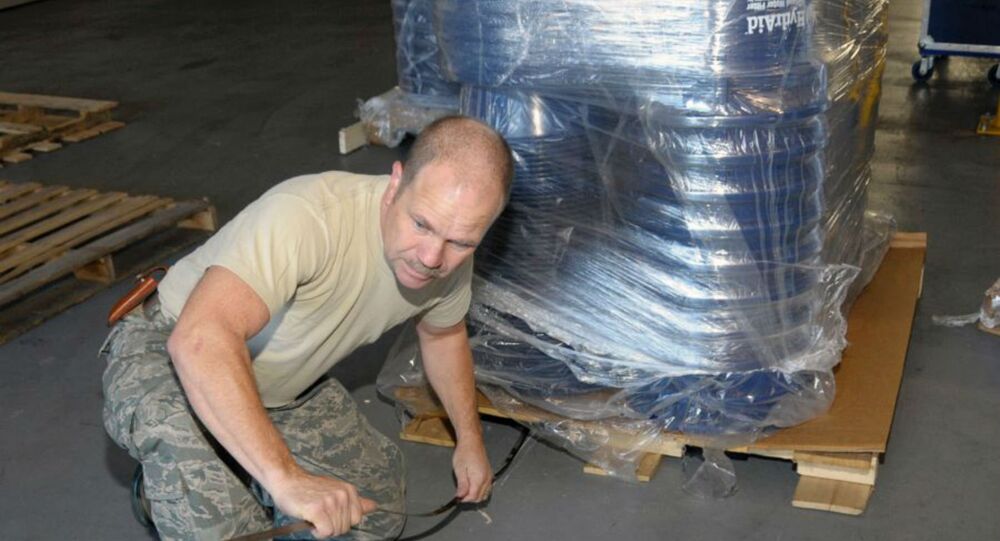 A US airman at the Selfridge Air National Guard Base in Harrison Township, Michigan, was charged with making a fake terrorism threat Monday after he reportedly said he would “shoot up” other base employees.

Master Sgt. Roque Diegel was charged Monday with making a false report or threat of terrorism after personnel from the Selfridge Air National Guard Base alerted the Michigan State Police Second District Special Investigation Section Sunday that an individual had threatened to shoot up the base, according to multiple reports.

On Monday, detectives arrested 53-year-old Diegel. If convicted, he could face up to 20 years in prison.

According to the Macomb Daily, Diegel has been an employee at Selfridge since 2002 and is currently an air terminal craftsman.

However, the wording of Diegel's alleged threat is unclear, as is any potential motive. According to military.com, Diegel denied the allegations against him during his Tuesday court appearance, calling them "baffling." He also noted in court that he is three weeks away from retiring. A $250,000 bond was set Tuesday, according to military.com.

Also on Tuesday, a man and woman in a car drove into a security barrier at the base, a spokesperson for Michigan's Air National Guard 127th Wing reported. The two bypassed security personnel at the base entrance before slamming into "in-place force protection barriers" at around 3 p.m., the spokesperson told military.com.

The unidentified man and woman were taken to an area hospital following the crash. Their motive for entering the base has not yet been disclosed, and there is currently no association between Diegel's alleged threat to the base and the incident, according to base officials.